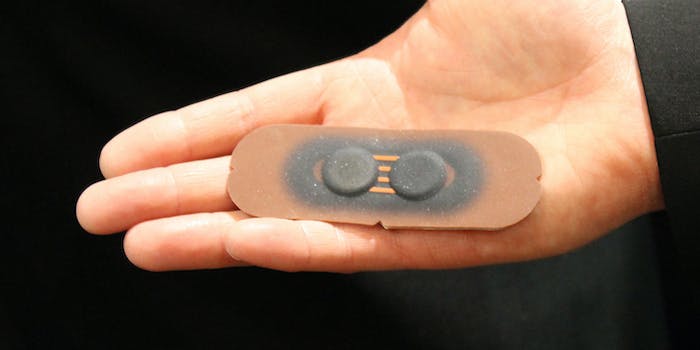 The Pentagon is betting on wearable tech. The U.S. Department of Defense announced on Friday that it is advancing the design and creation of flexible, hybrid electronics. It will invest $75 million in funds to do so, with partners contributing an additional sum close to $100 million.

It’s called the Manufacturing Innovation Institute for Flexible Hybrid Electronics in Silicon Valley. The institute will be run in conjunction with 162 companies, universities, and nonprofits. It will be helmed by the San Jose-based FlexTech Alliance, a trade organization and R&D group devoted to fostering the growth of flexible and printed electronics, and managed on the military side by the Air Force Research Laboratory, a part of the USAF Materiel Command.

This is only one of six “manufacturing institutes” led by the DOD. It’s part of the Obama administration’s little-known National Network for Manufacturing Innovation, launched in 2012.

According to the Pentagon’s press release, which includes high-profile tech firms like Apple and Hewlett-Packard, the institute “will bring the best minds from government, industry and academia together to advance U.S. leadership in manufacturing flexible hybrid electronics” and that it “represents the next chapter in the long-standing public-private partnerships between the Pentagon and tech community.”

The overall manufacturing rationale seems pretty plain but how will the military benefit from advances in the capability of fabric and its manufacture?

Certainly the contemporary American armed forces are tech-heavy, as the ubiquity of drones in warfighting stories show. Here are some possible uses.

A healthy sailor, soldier, airman, or marine is certainly preferable to the alternative. With monitoring tech built into the uniform, officers can keep track of casualties and identify the dead more easily. Given that an army, as Napoleon said, moves on its stomach, the ability to track nutritional needs could make logistics more efficient. Also, the ability for doctors to know who needs inoculations and other preventative actions, where and when, will help keep more men and women on their feet.

Sensors built into and out of flexible materials can go where wires and boxes cannot, wrapped around the barrel of a weapon, in a glove, within artillery—reducing the trouble, weight, and expense of fatigue and heat detection, allowing for easy installation, easy replacement, and quicker alerts.

Battlefield computing is used for everything from painting targets to calculating angles for artillery and snipers, to navigation to situational awareness. If that sort of high-level computing were meshed into the clothing of a member of the military there would be less chance of its loss at a critical time. The dovetailing of sensor, mapping, and targeting software and hardware might make it easier and more reliable, thereby saving lives—at least on one side of the battlefield.

Wearable tech could make the communications specialist, so beloved of war movies, a thing of the past. Microphones and processors built into uniforms could make soldier-to-soldier, troop-to-officer, platoon-to-platoon, and even solder-to-dog communications easier and more reliable. Additionally, such a setup could allow for dynamic data uploading and downloading to and from HQs for such goals as battlefield mapping and distribution of orders.

The institute dials in on the armed forces but has a civilian element as well. The prior decade saw the shuttering of about 40 percent of factories in America—42,400 in total—as manufacturing jobs were sent to Latin America, then to China. Talk of a manufacturing job boom is seen by some to be overstated. Anything devoted to strengthening the manufacturing sector has to be seen as a positive.

“The innovative culture of Silicon Valley, in collaboration with these Department of Defense initiatives and the department’s world-class laboratories,” said Carter, “will accelerate military technology development cycles and focus on critical Department of Defense needs while also creating new commercial opportunities.”

The DOD did not immediately respond to our request for comment.