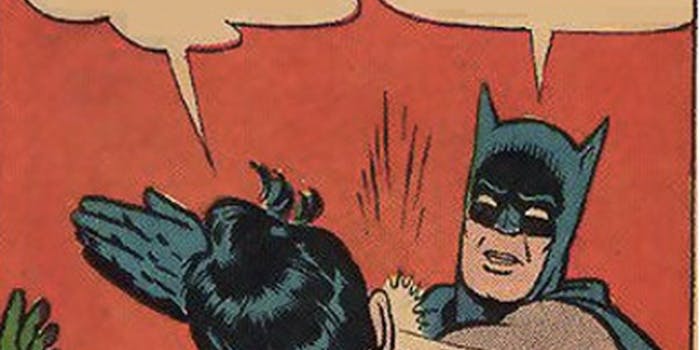 Senator who wrote PIPA called out for Batman cameos

Holy conflict of interest, Batman! Sen. Patrick Leahy, known for his support of pro-Hollywood copyright legislation, has cameos in The Dark Knight and The Dark Knight Rises.

Here’s a fun fact: Senator Patrick Leahy (D-VT), who introduced the Protect IP Act (PIPA) into Congress, has such a good relationship with Time Warner that he not only appeared in the 2008’s The Dark Knight, he also has a cameo in The Dark Knight Rises, which premieres Thursday at midnight.

Warner Brothers, a Time Warner subsidiary, owns the Batman film franchise. According to the watchdog group OpenSecrets.org, Time Warner gave more money in 2010 to Leahy than to any other politician.

So the activist group Demand Progress has started a campaign called “Holy Conflict of Interest, Batman!” to rally people against Hollywood’s influence in politics. “Hollywood spends millions of dollars trying to buy off politicians,” the campaign site says. “Tell congress members that we need them to stand up for Internet freedom.”

Visitors to the site can input their name and email to be included as a mass anti-lobbying message sent to members of Congress. Demand Progress has even repurposed a comic to depict Batman as disgusted with the senator for pandering to corporate interests.

PIPA, which Leahy introduced to the Senate in May 2011, is best known for being paired with a similar bill in the House, the Stop Online Piracy Act (SOPA). Activists feared either would irrevocably change the Internet as we know it by allowing the government to shut down sites that were even tangentially related to piracy. Both bills were strongly supported by pro-copyright lobbyist groups like the Motion Picture Association of America (MPAA), of which Warner Brothers is a member.

The bills were effectively killed within a few days in January, largely because of a mass online protest. The MPAA’s CEO, though, has indicated he’ll try again in 2013.

Representatives at Senator Leahy’s office declined immediate comment for this story, and didn’t return calls before its publication.