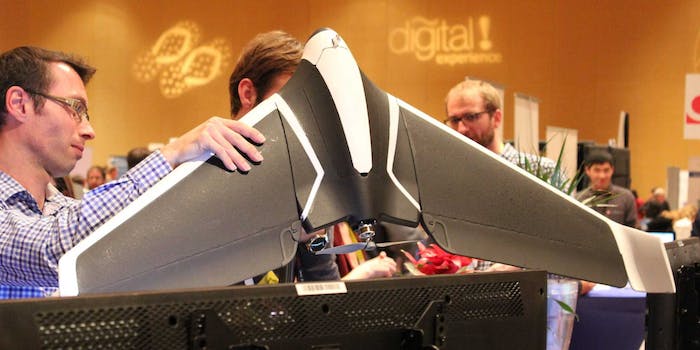 Parrot’s latest drone trades stability for speed, and can cruise at 50 mph

Most consumer drones opt for the quadcopter-style setup, allowing the pilot to hover and move in almost any direction at will. Following the success of its own quadcopter, drone maker Parrot has decided to spread its wings and go with a plane-like design. The result is the all-new Parrot Disco. 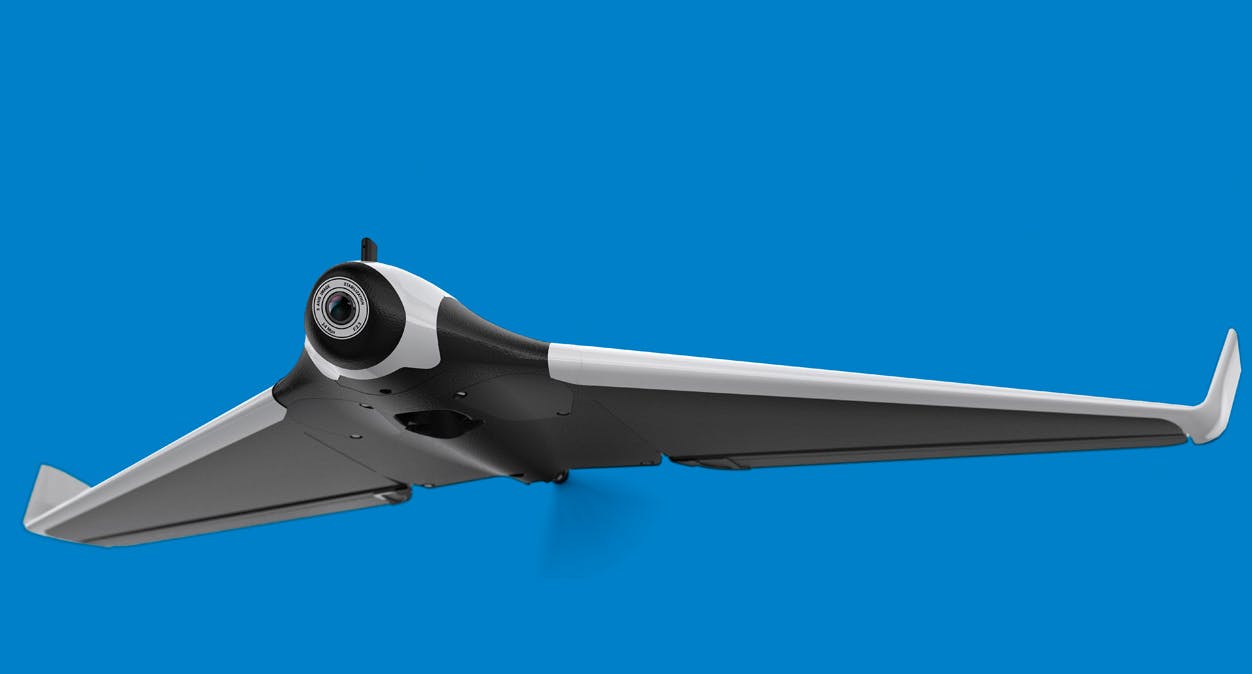 Because of its build, the Disco stands out immediately. The fixed-wing flyer was on display at CES 2016 this week in Las Vegas, though it’s obviously much more impressive when seen in the air. Its considerable wingspan and body build that is somewhere between a stealth bomber and a kite makes the Disco an eye-catcher.

The Parrot Disco is always on the move, requiring forward motion to stay in the air, unlike a copter-style drone that can hover in place. One would think this would make the controls a bit trickier, but according to a representative from the company, the Disco is actually more user-friendly than its predecessors.

Its ease of use is due in part to its auto-pilot feature that keeps the unmanned craft moving along even if the user is distracted. A representative for Parrot explained to the Daily Dot that the Disco drone maintains a smooth ride with collection of sensors including an accelerometer, gyroscope, magnetometer, barometer and GPS. This array of smart hardware stabilizes the ride and allows the drone to automatically land gently when done exploring the skies. It’s “next to impossible” to crash, Parrot claims.

Users can fly the drone using their smartphone or tablet, or adopt an RC-style joystick control that offer a more traditional control scheme. A 14-megapixel camera, 1080p camera built into the nose of the device gives a live-streaming, first-person perspective from the plane.

The Disco can remain in the air for 45 minutes at a time and can fly as far as the Wi-Fi connection between drone and device can stretch, which is usually about two miles, according to a Parrot representative. And when it gets going, it really soars, topping out at about 50 miles per hour.

Parrot hasn’t provided any information as far as price point or availability yet, but the drone is expected to be available later in 2016.