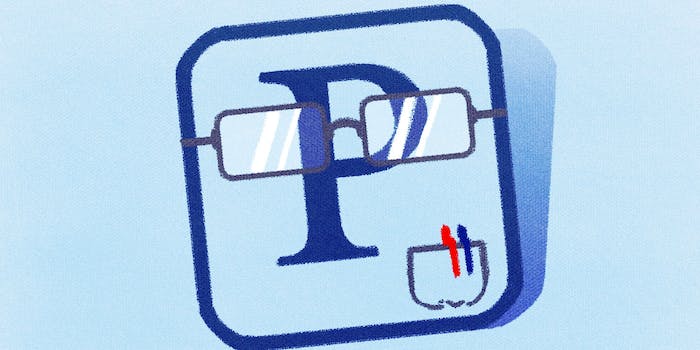 Pandora buys Next Big Sound as an olive branch to musicians

Pandora is acquiring music data startup Next Big Sound in a move that will strengthen the company’s efforts to provide useful analytics to up-and-coming artists whose music is available on the service.

The move means that Pandora might actually have a shot at helping indie musicians make money beyond collecting licensing fees, which are often not large enough to justify making music a full-time career.

“What we’re talking about is every social interaction with an artist being timestamped and geolocated globally,” Next Big Sound CEO and cofounder Alex White told the Daily Dot in a March interview. “How do you process that quickly and in a way to help a band, agent, or promoter make sense of it? Our company’s mission is to take all this data and make it useful, instead of overwhelming, confusing, and annoying.”

In case you hadn’t realized, Pandora actually has about 20 million more active monthly users (79.2 million) than Spotify (over 60 million). So while the service itself isn’t as feature-rich as Spotify, Rdio, or some of the other big players that offer on-demand music streaming, Pandora is still very much a leader. However, that prominence has come at the cost of public relations as many artists have been vocal that they do not believe Pandora is paying enough in licensing fees. (And Pandora in turn has argued all the way to Capitol Hill that music licensing fees should be lowered, not helping matters much).

But one big way Pandora has sought to provide more value to music artists beyond licensing fees came in the form of its Pandora AMP platform, which gives artists a set of analytics meant to help them make money in other ways. For example, the idea is that artists can enhance their live shows using data from Pandora to see what fans in that particular city listened to the most, thus helping create a more informed set list. And if the show is good, theoretically it would mean that more fans are then prompted to see the band every time they tour through the area.

With the purchase of Next Big Sound, this strategy is only moving forward. While Pandora AMP focused on tracking data within the company’s own music service, Next Big Sound is focused on tracking listener and social media data across several platforms, such a YouTube, Twitter, Facebook, and more. With both of these analytics tools at the disposal of artists, Pandora said it means artists, music managers, and labels can now see data on how effective promotional campaigns are as well as provide greater insight into the relationship between fans and artists on social media.

“Whether it’s introducing a new song, promoting a local show, measuring the impact of a campaign, identifying high potential artists or simply building a fan club, Pandora AMP will be able to solve all the intractable problems that have plagued working artists for decades,” said Pandora founder Tim Westergren in a company blog post about the acquisition.

There’s also some indication that Pandora plans to use Next Big Sound’s technology to help sell advertising or other branded promotional campaigns specific to an artist or genre. If that happens, Pandora does have the option of giving a cut of that revenue to musicians. But of course we’ll have to wait to see if musicians find Pandora’s beefed up analytics tools useful enough to temper their harsh criticisms against the service for not paying artists more in licensing.