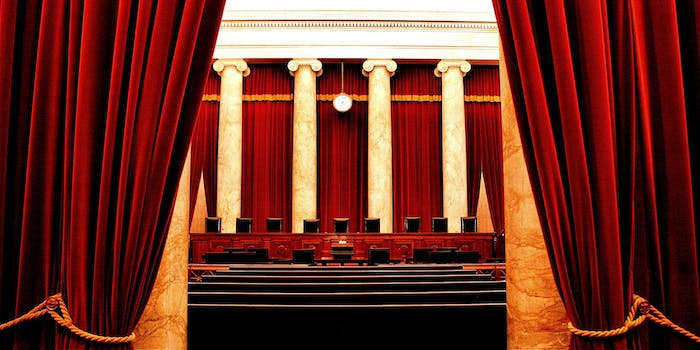 The state is also investigating him for hanging a portrait of Adolf Hitler.

Kentucky county clerk Kim Davis, who was briefly jailed for refusing to grant marriage licenses to same-sex couples, is a conservative icon. But she isn’t the only government official resisting the rising tide of marriage-equality court rulings.

Vance Day, a judge on the Marion County Circuit Court in Oregon, is doing the same thing, and he has launched a legal fund to help him defend himself from the charges he expects to face.

Ever since Oregon legalized gay marriage in 2014, Day, the former chairman of the state Republican Party, has refused to marry same-sex couples. He has instructed his clerks to refer gay couples seeking marriage licenses to one of the other six judges. This fall, he stopped performing marriages altogether.

Day now faces charges from Oregon’s  Commission on Judicial Fitness and Disability, so he has launched a legal fund for those wanting to help him. Oregon’s Government Ethics Committee approved the fund.

The charges against Day don’t stem solely from his refusal to approve marriage licenses. He also hung a portrait of Adolf Hitler in his courthouse.

“Taking that kind of a step really calls into question how an LGBTQ person could expect to be treated in a court of law,” Jeana Frazzini, co-director of the gay-rights group Basic Rights Oregon, told the Guardian. “It goes beyond marriage and gets to serious questions about judicial integrity.”

“We went to war against Hitler,” Korten said. “His picture was there. It was not admiringly. It was him as the epitome of the enemy that we went to fight against.”

Judge Day’s office did not respond to the Daily Dot’s request for comment.