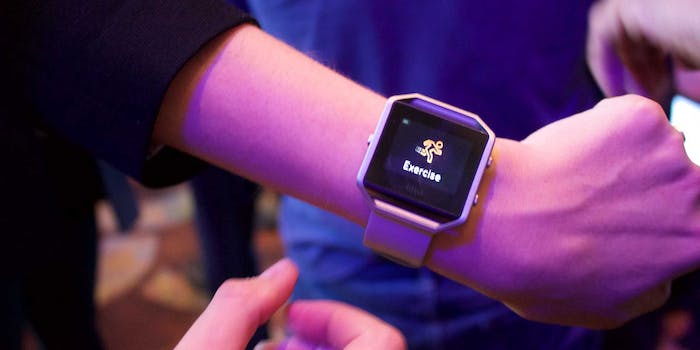 Oklahoma university to track Fitbit activity on all incoming freshmen

Why Oral Roberts is automating its fitness requirement.

College students at Oral Roberts University in Tulsa, Oklahoma, will be graded on their Fitbit activity. The university is requiring all incoming freshman and transfer students to purchase the fitness-tracking device and maintain a daily level of activity.

The fitness regimen is a new effort by the Christian university to automate the fitness requirement which previously made students document their exercise by hand through an online platform and give to professors as part of their grade. Now the university will be sucking up all that personal data automatically.

Students must hit 10,000 steps each day, have 150 active minutes of exercise per week, as well as an elevated heart rate between 60 and 80 BPM for an extended period of time. Students must buy their own device, just like a textbook.

Typically this data is kept anonymous from fitness-tracking companies and anyone else, and only people viewing their own app and data can see their daily activity. However, the university is going to be tracking this information, and the fitness requirements culminate in a “field test,” or a 1.5-mile run at the end of the semester.

“Most students say that it’s made them much more aware of physical activity on a daily basis,” Provost Kathaleen Reid-Martinez told the Daily Dot. She mentioned students are building informal groups and competitions against one another to achieve their step count. There is no business partnership between Fitbit and the university.

Despite the friendly competition and simplified goal reminders, it’s still an invasive way for a school to keep tabs on students’ activity. Although the pen-and-paper method requires more time and effort on behalf of both the students and professors, it also keeps privacy relatively intact. If steps and cardio activity are the only thing the school is worried about, some of the features of the Fitbit—like sleep, time of activity, and calories burned—turn into meaningless data points for the school’s requirements.

Reid-Martinez explained that the school doesn’t look at any data beyond heart rate and activity. She said students must authorize the school administration to receive the information via the Fitbit app. Fitbit collects data like it normally does, and pushes those two data points into what Reid-Martinez called a “learning management system,” that maintains a database of students’ activity that students and faculty can look at and use to discuss students’ progress.

The Fitbit data is used as 20 percent of the overall grade for the students’ fitness courses.

Reid-Martinez said there are no plans to use the students’ data as research fodder to see how physical fitness impacts success in the classroom. The university has had a fitness requirement for students since it opened in 1965.