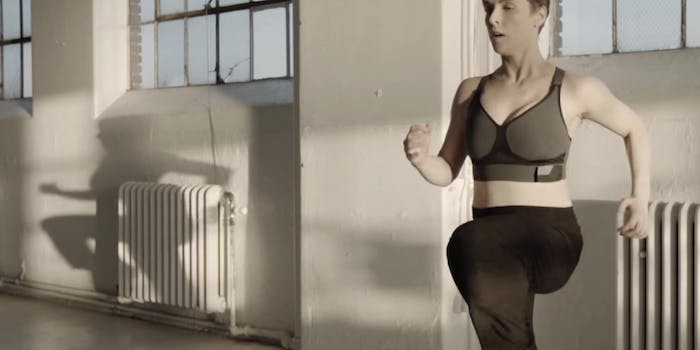 This smart bra can track heart rate, breathing, and even calorie burn

The company finally made a wearable for women.

Stephane Marceau, cofounder and CEO of fitness wearable company OMsignal, remembered my disappointment when I discovered that the company didn’t produce a wearable for women that tracked biometric data during workouts when I met with him one year ago. On Wednesday, he showed me the OMbra, the ladies’ companion to the fitness-tracking smart shirt for men.

The new OMsignal sports bra debuted at CES this week, and is both fashionable and functional for women wanting to keep in-depth data about their fitness.

The waterproof OMsignal smartbox is attached to the fabric that sits below the breasts with sensors that target different parts of the chest. It measures heart rate, breathing , “push score” (how much you’re pushing yourself as you exercise), steps, and calorie count of an individual and compiles all that data onto a companion app so you can measure your biometric data as your fitness improves.

As Marceau explained, making an aesthetically-pleasing smart garment was one of the most important things to focus on when creating the bra, and through interviews with active women, OMsignal learned that many are dissatisfied with what’s on the market, for reasons ranging from breasts being squished to the look of the “uniboob.” Additionally, the company made physical changes that make OMbra a bit different from traditional sports bras, beyond the embedded technology. 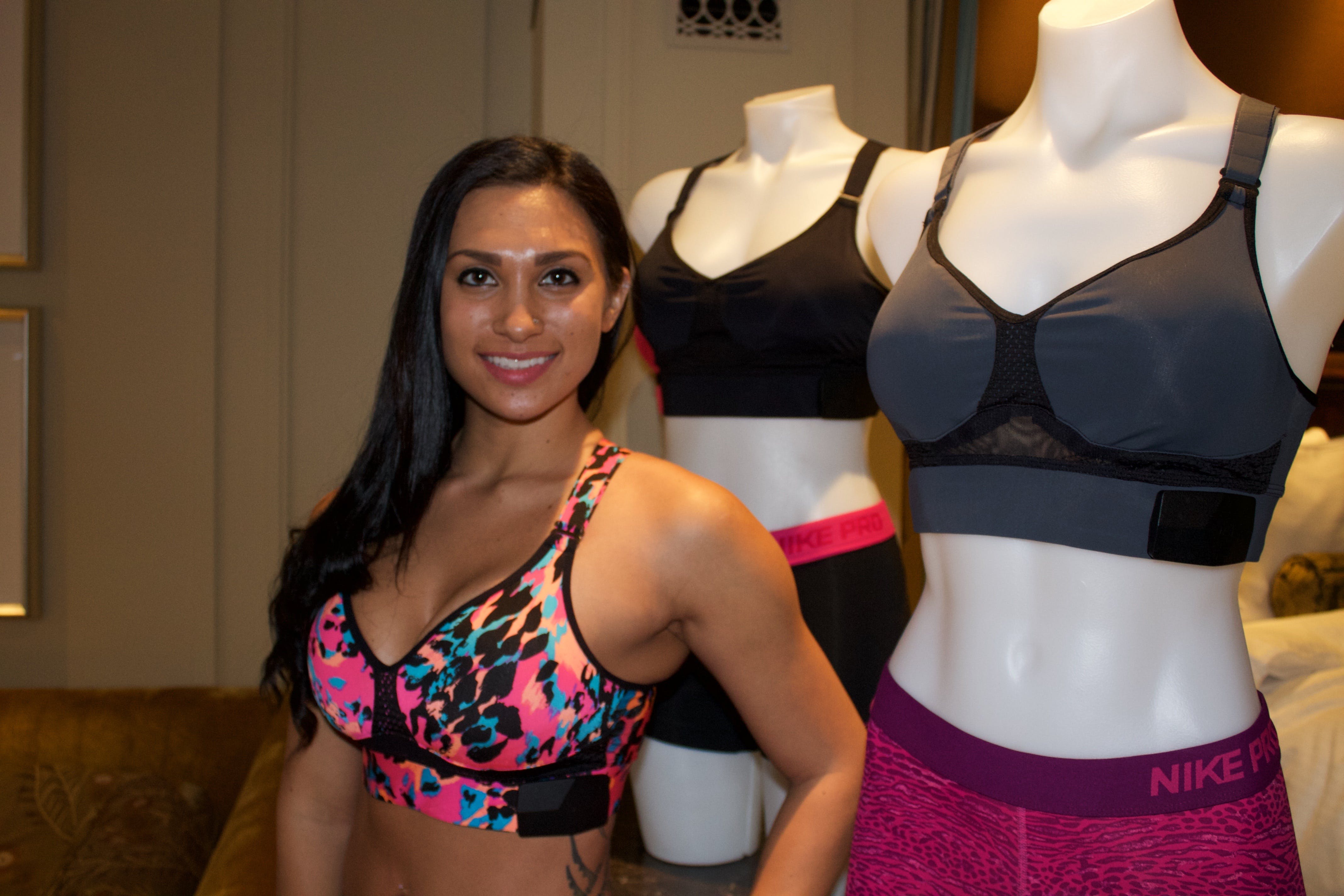 OMsignal’s Emma Ouimet explained that the design of the bra takes pressure off the shoulders because the adjustable straps connect with the base of the bra on the side, instead of pulling directly down in between the shoulder blades. And the mesh fabric on the front and back and removable pads make it breathable and comfortable, she said.

The company made 1,689 prototypes last year before announcing the final product this week.

The development of the bra was led by the women of OMsignal, including Joanna Berzowska, the company’s head of electronic textiles and Aldjia Begriche, director of smart textiles, Marceau said.

In addition to the OMbra, OMsignal is also launching OMrun, a new online resource that provides coaching and training for runners based on biometric data collected by the smartbox. It takes a look at data like your breathing, step count, average pace, and heart rate to compile a running profile, and provides coaching tips to meet your specific goals.