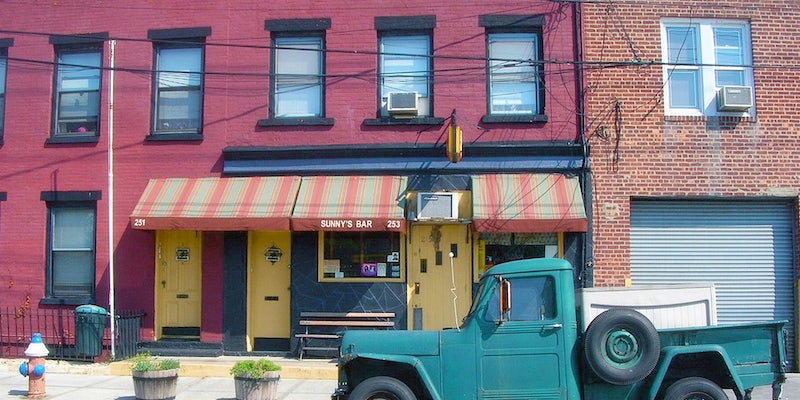 A DIY Internet grows in Brooklyn

A group of residents in the Red Hook neighborhood of Brooklyn have built their own Internet out of rooftop antennas.

In the Red Hook neighborhood of Brooklyn, residents deprived of easy access to the Internet have strung together cheap, rooftop antennas to create their own DIY network.

The “mesh” first began to take shape in 2011, under the direction of the nonprofit Red Hook Initiative (RHI).

The DIY network is held together by routers placed on rooftops. Costing only $50 to $85, these “backbone nodes” transmit residents’ communications across the neighborhood. “The density of housing in Brooklyn and other other New York City boroughs is fantastic, so that’s great for building a mesh,” said Clive Thompson, who has reported on similar meshes for Mother Jones. “Many meshes also pool money in neighborhoods to pay for tall, range-extending antennas they put on top of mesh members’ buildings.”

In the two years since its creation, the Red Hook mesh has developed to serve two primary functions.

First, by being connected to the global Internet, the mesh provides wireless access to many of Red Hook’s 7,600 residents who live below the poverty line—much higher than the average for New York City as a whole. As Thompson explained, “In some of New York City’s low-income neighborhoods where broadband penetration is lower than in wealthier precincts, a mesh could let a whole neighborhood share a single high-speed connection.”

Second—and perhaps more intriguingly—the mesh has grown into a sort of hyper-local Intranet, where locals can track public transportation and keep track of police encounters. 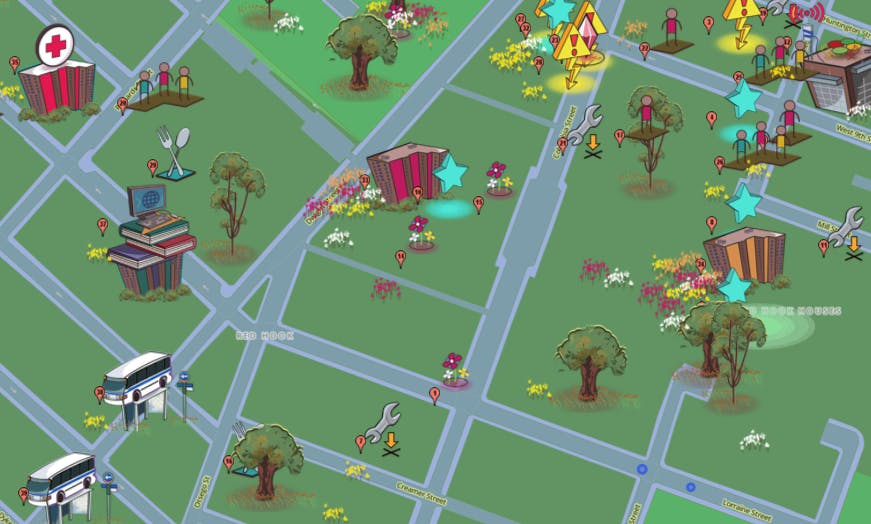 Initially, residents were slow to adopt the mesh. But when Hurricane Sandy struck the low-lying neighborhood in the fall of 2012, they lost much of their electricity and Internet access. The mesh, however, stayed active and attracted more than 300 users.

“The beauty of mesh is that it is flexible,” said Georgia Bullen of the Open Technology Institute, which now works with RHI to maintain the mesh. “Adding and removing routers or nodes on the network is simple because the mesh automatically reconfigures itself based on how many other routers it can see. I like to describe it as ‘self-healing.’”

The Red Hook mesh is still relatively small, attracting only about 100 users a week. According to Bullen, however, the network is growing rapidly. “In the past six weeks we’ve gone from seven routers to 20 routers,” she said.

In the past decade, similar networks have emerged in Greece, Spain, and Germany, among other places. Though the particular purpose for each network varies, in general their growth is spread by economic need.

In many low income communities, the Internet infrastructure—provided by major telecoms like Verizon and AT&T—doesn’t exist. Sometimes the companies deem it too expensive to connect these communities, either because of their remote locations or because the economic position of residents makes it unlikely a profitable number of people will subscribe.

The problem exemplifies a fundamental paradox about the Internet. While, in some ways, the vast global network provides a truly democratic proving ground for new ideas and innovations, the infrastructure upon which it exists is owned by a handful of multinational corporations.

Until recent years, that ceding of ownership to large, for-profit companies might have seemed like a fair enough trade for the stewardship they provide. However, as the open access movement has shown, many of these companies now want to use their control over the networks to control users’ access to certain websites.

According to documents leaked by former U.S. National Security Agency contractor Edward Snowden earlier this summer, many of these major telecom companies go so far as to provide the agency with direct access to the infrastructure of the Internet.

Meshes can offer an alternative. “The community owns and controls that data, rather than handing it over to a third party service or external organization,” said Bullen.

Of course, there is nothing inherently more secure about the Red Hook mesh. And certainly if the NSA wanted to surveil the network, it would have little trouble doing so. “A spy agency could simply roll up, join, and begin merrily crawling the data that’s traveling along it,” said Thompson.

However, in practice it is much more work for any spy group to identify and keep track of independent hyperlocal networks. During the Occupy Wall Street movement, for example, organizers built a mesh to stay out of the prying eyes of government. In that case, they didn’t connect it to the global Internet.

“There are many different reasons people create meshes, and the type of mesh they create is catered to the problem they’re trying to solve,” Thompson said. But regardless of their individual reasons, the broader movement towards DIY meshes prove not only that people want agency over their digital lives, but that they’re willing to take it.