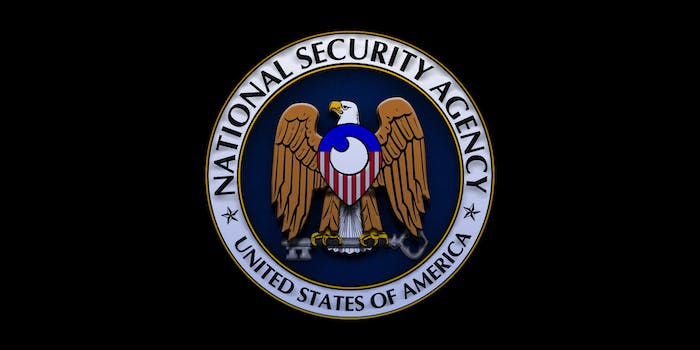 The National Security Agency won’t say whether it’s spying on the hot new livestreaming apps Periscope and Meerkat, the Daily Dot has learned.

The spy agency’s noncommittal response to an inquiry about the apps highlights its continued reach into emerging digital platforms. While videos posted to Periscope and Meerkat are largely public, much of the related data is not and could be mined by the NSA for further exploitation, as it has done with other social networks.

In response to a Freedom of Information Act (FOIA) request from the Daily Dot regarding its potential surveillance of the livestreaming apps, an NSA official wrote that “the fact of the existence or non-existence of the materials you request is a currently and properly classified matter.”

“The Agency is authorized by various statutes to protect certain information concerning its activities,” NSA Chief FOIA Public Liaison Officer Sharon C. Linkous wrote in the response letter. “The third exemption of the FOIA provides for the withholding of information specifically protected from disclosure by statute.”

NSA activities surrounding Periscope and Meerkat, both of which launched early this year, would not be surprising, given how actively the NSA has sought to exploit the ubiquity of major social networks, like Facebook, to gain access to secure systems.

The Edward Snowden leaks that began in mid-2013 prompted a renewed focus on encryption among major tech companies, like Facebook, Google, Microsoft, Yahoo, and Twitter. The companies announced new security measures to fend off NSA snooping and began publishing transparency reports about U.S. government data requests. To counter attempts by the NSA to exploit security vulnerabilities in its systems, Twitter set up a team of engineers to implement a security procedure called “perfect forward secrecy.”

The NSA’s letter took the form of a Glomar response, in which an agency offers neither confirmation nor denial so as not to provide any hints either way. The first use of the tactic was in response to inquiries about Project Azorian, a 1974 CIA covert operation involving the salvage ship Glomar Explorer.

A spokesman for Twitter, which owns Periscope, declined to comment for this story. We’ve reached out to Meerkat and will update if we hear back.

Read the NSA’s response letter to the Daily Dot below.