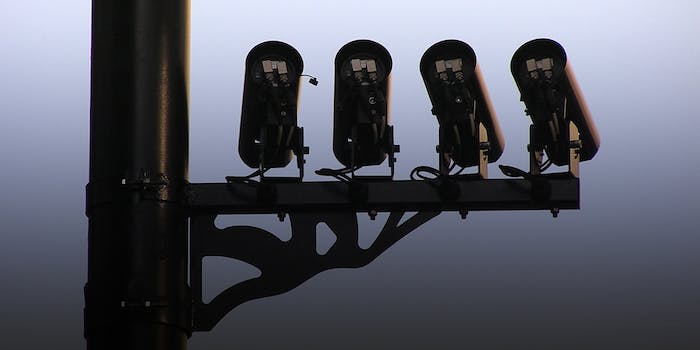 The NSA actually did it once before. But now the program's existence would be, you know, public.

If you think that President Obama’s handpicked panel to review the National Security Agency was purely set on loosening its scope, think again.

One panelist said Sunday that he recommends the NSA actually begin tracking the metadata—meaning details like sender, recipient, time, and location—of every American’s email.

It wouldn’t be the first time. The NSA actually did track Americans’ email metadata without a warrant for a while, though it says it ended the practice in 2011, and none of former contractor Edward Snowden‘s leaked documents released so far contradict that claim. The agency does store essentially all American phone metadata, which it admitted a few months after Snowden leaked documents proving it to be the case, though the review panel recommended ending that program.

Those familiar with the faces on Obama’s five-member NSA review panel probably wouldn’t be surprised with who made the recommendation: Michael Morell, former director of the CIA.

“I would argue actually that the email data is probably more valuable than the telephony data,” Morell told the National Journal in phone interview on Sunday.

Morell actually conceded what has previously been hailed as a victory for privacy advocates that oppose the NSA: that the phone metadata collection program made “only a modest contribution to the nation’s security,” and that “the last thing a smart terrorist is going to do right now is call someone in the United States.”

So the solution, in Morell’s mind, is the ability to legally track all emails sent to or from American computers.

The White House says Obama will address the review the panel’s findings and recommendations in January.