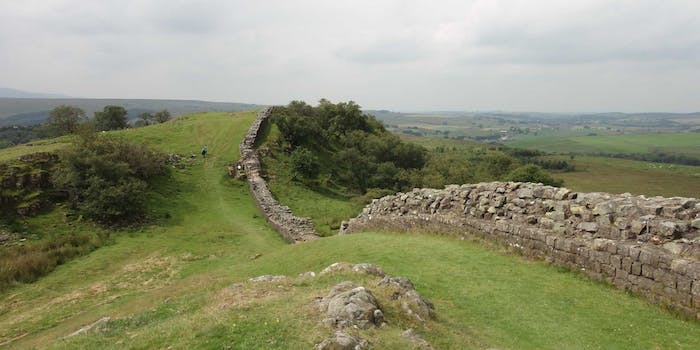 More than 38,000 people have signed a petition for Northern England to join Scotland

Who knew so many people wanted to redraw the border between Scotland and England?

Shortly after the last U.S. presidential election, thousands of people signed White House petitions for their states to secede from the union. Following the U.K. general election on May 7, something similar is happening in England.

So far, more than 38,000 people have signed a Change.org petition for the north of England to secede from the south and join Scotland instead. The petition reads:

“The deliberations in Westminster are becoming increasingly irrelevant to the north of England. The northern cities feel far greater affinity with their Scottish counterparts such as Glasgow and Edinburgh than with the ideologies of the London-centric south.”

Although Scotland voted last year to remain within the U.K., it is still partially governed by a Scottish Parliament, giving it a certain amount of independence—which is just as well, because only 15 percent of Scots voted Conservative. The hope is that because Northern English politics often have more in common with Scotland than with the south of England, the north could benefit from being ruled from Edinburgh instead of London.

The petition was actually set up during the Scottish independence referendum, but has since been revived by campaigners hoping that Northern English towns could benefit from Scottish politics. It went viral over the weekend, with people using #TakeUsWithYouScotland to argue over Northern secession.

We cannot turn ourselves into Scotts overnight. But we can make a partnership out of our shared values. #TakeUsWithYouScotland

Moving Scotland's border so the North of England can escape the Tories is trending on twitter. #TakeUsWithYouScotland pic.twitter.com/2khWf2Rq3A

This symbolic protest also ties into the belief that the Conservative government is disproportionately powerful, having only won 37 percent of the vote. It’s obviously not going to go anywhere—political Internet petitions rarely do—but it does a good job of illustrating the increasing north/south divide across the U.K.