The father of Atari is about to blow your mind again

One of the biggest names in gaming is at it again.

The man who is perhaps most responsible for the video game revolution has set his sights on virtual reality. 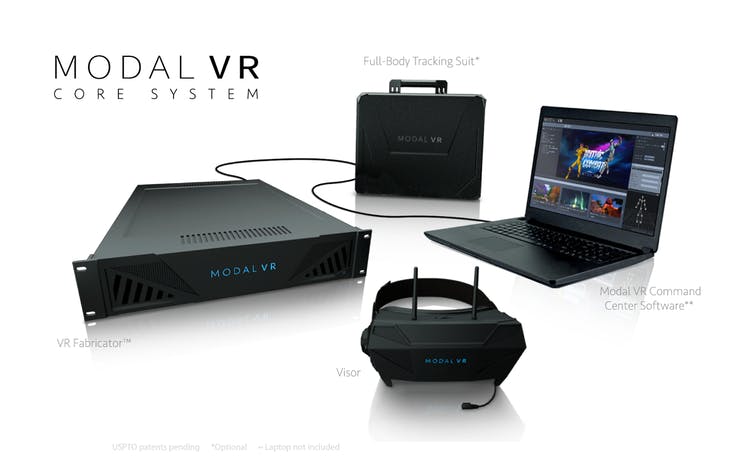 Nolan Bushnell, who has remained an active figure in technology and investing since founding Atari in the early 1970s, has some seriously grand ambitions for his new venture, called Modal VR. Modal VR combines a headset—like the Oculus Rift and HTC Vive—and base unit with a full-body tracking suit and sensor array. With these components, which the company claims can be set up in a matter of minutes, the system can accurately track VR users in absolutely massive areas, which is something that simply hasn’t been possible before.

In a demo video, the Modal VR system is shown rendering an entire stadium-sized arena where two players engage in futuristic combat. In reality, they’re running around on a soccer field, but in the game world they’re battling atop two huge skyscrapers. It’s a really fascinating concept and a far cry from the living-room-sized VR playgrounds offered by the PlayStation VR, Vive, and Rift.

However, with such a specialized use case, Modal VR doesn’t plan for the system to be something that consumers buy for personal use. Instead, the plan is for companies to purchase the systems for their own application, be it business or pleasure. Imagine an arcade with a massive room for VR players to go head-to-head, or a construction company utilizing the system to show a virtual preview of their finished product to a client.

With HTC, Sony and Oculus muscling in on the home VR market, Modal VR has free rein to explore the industrial and commercial applications, and Bushnell has an opportunity to once again introduce the world to a new kind of entertainment.