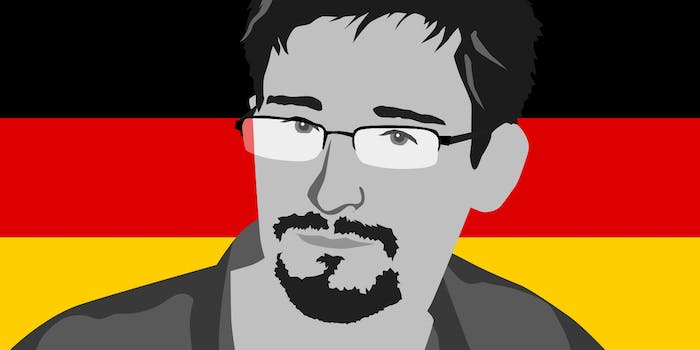 "I made clear again that we will stick to our decision from the summer that Mr Snowden has no right to asylum in Germany."

After leaking a trove of confidential documents, Snowden fled to Hong Kong and eventually Russia, where he has been given temporary asylum for one year.

Last week, however, Snowden expressed to German politician Hans-Christian Ströbele in Moscow that he would prefer to live in a democratic society such as Germany or France.

Ströbele was in Germany following revelations based on Snowden’s documents that the U.S. had tapped the personal phone of German Chancellor Angela Merkel. In the aftermath, Merkel called the spying “completely unacceptable” and opened an investigation into U.S. spying in Germany.

Germany was hoping to get Snowden to testify about the NSA’s activities in the country. On his visit with Ströbele, however, Snowden said he did not want to testify to German officials inside Moscow. He wrote Merkel a letter saying that he would be happy to cooperate on German soil, fueling rumors that the country may attempt to grant him asylum

On Wednesday, German Interior Minister Hans-Peter Friedrich addressed the rumors stating, “I made clear again that we will stick to our decision from the summer that Mr Snowden has no right to asylum in Germany because he is not a political refugee.” Friedrich added that he is still interested in obtaining Snowden’s testimony in Moscow if possible.

Snowden has yet to respond publicly to Germany’s decision.