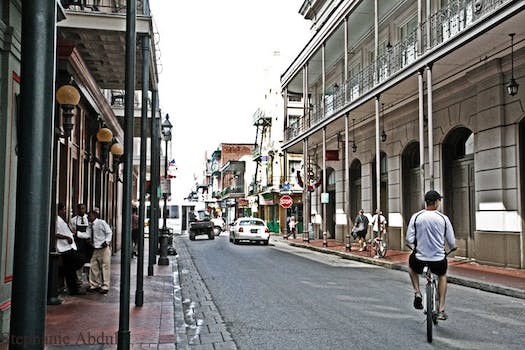 City leaders and Airbnb officials have come to an unusual (and civil) compromise.

After butting heads with leaders in major metropolitan areas across the U.S., Airbnb came to an unusual compromise with the city of New Orleans this week.

In the agreement, the New York Times reports, Airbnb will share information about its hosts, including their names and addresses, and those hosts will have to register with the city and operate under a permit.

Hosts who rent out their whole home will be limited to 90 maximum days of rentals per year, and all rentals are subject to standard hotel taxes and a $1-a-night fee aimed to defray city costs of enforcing its short-term rental regulations. And Airbnb rentals in the city’s popular and historic French Quarter will be off limits, so as not to ruffle the feathers of the hotel market in that area.

The city of New Orleans will fine violators of its home-sharing rules $500, and the city could even shut off utilities to those homes, too. People will automatically be registered if they sign up as an Airbnb host.

In other areas such as New York City, San Francisco, and Berlin, Airbnb has butted heads with both residents and city officials as the latter tries to regulate what’s become a $900 million business. Airbnb actually saw good news on that front earlier this week when San Francisco’s mayor vetoed a bill that would have capped annual home rentals at 60 days instead of the current 90 days. And in New York, Airbnb dropped its lawsuit against the city after regulators said they would not enforce local short-term rental rules (including hefty fines) after all.

Airbnb’s willingness to compromise with the city of New Orleans on issues (such as sharing data about hosts) could be the beginning of a new era of legitimacy for the company, the New York Times suggests. But while it’s a boon for tourists, renters, and hosts, not all locals feel this change is a good one.