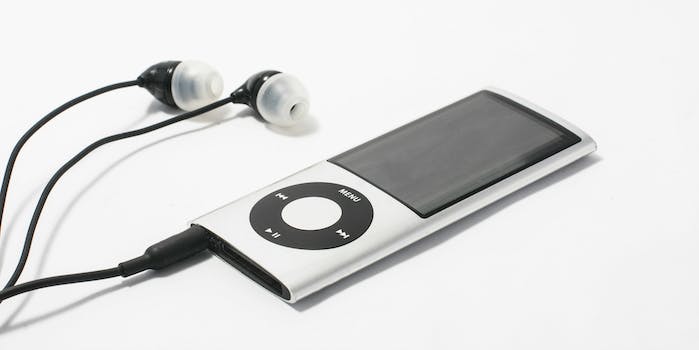 The mp3 transformed the music industry, and now it’s dead

The digital audio coding format will be replaced by higher-quality ACC.

The mp3 is dead, but its impact on the way we listen to music will never be forgotten.

Fraunhofer Institute, the creator of the format, announced this week that it terminated its licensing program back in April, effectively ending the life of mp3.

The first edition of mp3 was released to the public in the early ‘90s, and quickly became the default format for the growing internet. The digital audio coding format revolutionized music by reducing the size of files by as much as 95 percent, allowing people to carry thousands of songs in the palm of their hand. It took off in 1998, during the dial-up/broadband days when downloading music straight from a CD would take ages. The mp3 brought songs from 40 megabytes down to around four, which meant something that could take several hours to download only took 10 minutes.

The mp3’s adoption further skyrocketed after the release of the iPod, a product developed around the audio format. Fruanhofer claims hundreds of millions of mp3-capable products were sold every year during its golden ages.

Rolling Stone pointed out that in 1999, “the only thing more popular than mp3 is sex,” according to search results at the time.

The cheaper, faster format for publishing music also meant any high school garage band could afford to post their music online without having to work through an agency or pay for CDs. A demo uploaded on a Myspace page suddenly became a vessel for bringing musicians out of obscurity, and onto a record deal.

But the mp3 didn’t benefit everyone. The music industry struggled for years as compressed audio formats gave rise to new, free, and sometimes illegal ways of listening to music without spending a dime. It took control from the music industry and gave it to consumers, arguably at the expense of the artist.

“What mp3 has done for the music industry is give the devil a name,” musician Thomas Dolby told Rolling Stone, “People say kids have no concept of copyright, but I think there’s a real sense of moral obligation to artists. If we can find a fair way to protect copyright, I don’t think the public is going to resist.”

After decades of decline, the music industry finally has a new way of monetizing its content. Streaming services like Spotify, Google Music, and Apple Music account for the most recorded music revenue in the U.S. for the first time ever, and have brought the industry its fastest growth in 20 years, according to the Daily Mail.

Those services have moved on from mp3 to higher-quality, lower-bitrate formats like ACC (Apple Music) and Ogg (Spotify).

“Although there are more efficient audio codecs with advanced features available today, mp3 is still very popular amongst consumers,” the Fraunhofer Institute wrote in a blog post. “However, most state-of-the-art media services such as streaming or TV and radio broadcasting use modern ISO-MPEG codecs such as the AAC family or in the future MPEG-H. Those can deliver more features and a higher audio quality at much lower bitrates compared to mp3.”

The Fraunhofer Institute’s termination of the mp3 simply marks a time of death for a format that was already on life support. The mp3 will still be on the internet for years to come—just don’t expect services to release new content with it.

Now would be a good a time to dig out your old iPod and give that ‘90s soundtrack one more listen as a final goodbye to the technology that transformed the music industry for good.