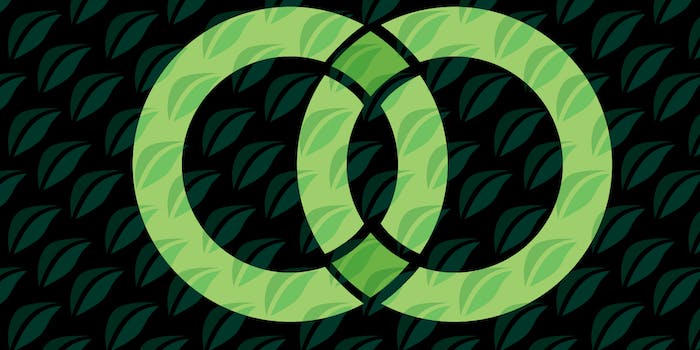 And its mysterious CEO is nowhere to be seen.

And the founder and CEO of Moolah, a Bitcoin and Dogecoin exchange company, is nowhere to be seen.

For the sake of clarity, we’ll refer to that owner as Alex Green, as that’s the name attached to the company’s formal filing documents in the U.K., and it’s the name he said was legally his in his last known public correspondence. But just before disappearing, Green admitted in a blog post that he was legally known as Ryan Kennedy, and before that, according to multiple people who tell the Daily Dot they knew him as a fellow student at City College Plymouth, he was Ryan Gentle.

The missing money belongs to users of a different exchange, called Mintpal, which itself faced a massive, $2 million hack in July. Green, alongside his employee Chelsea Hopkins and two outside parties, Ferdous (who has asked us to remove his last name due to doxing threats) and Mike Chu, purchased Mintpal a few weeks later, and Moolah folded 70,000 Mintpal accounts into its own service. The business agreement, Ferdous told the Daily Dot, is that he and Chu were merely investors, and that Moolah ran every aspect of the business.

Then Moolah collapsed. Immediately after announcing that Moolah was bankrupt (then backstepping on that statement), Green admitted he’d changed his name in order to start a new identity, blogged that he had “fucked up on a catastrophic level,” and went silent. He scheduled a Skype meeting with former employees, then didn’t show. And most damningly, a number of former Mintpal users say they can’t access their own funds.

“On mintpal.com I had a 0.33 BTC [balance],” one user told the Daily Dot, providing screengrabs of his locked account. “I am certain it is gone.”

Of course, as any cryptocurrency evangelist will tell you, every single transaction is always visible on the currency’s blockchain. And that’s where this gets juicy: A whopping 3,701.0292 BTC ($1,440,506.59) from Mintpal accounts, Ferdous told the Daily Dot, has all ended up in this single wallet, which anyone can view and follow. On the Mintpal Twitter account, operated by Ferdous, they say that Green—who answers to “Ryan,” remember—has sole access to those funds.

We do not know Ryan’s current location, and he is unfortunately the only one with access to customer funds.

There is, of course, plenty of online speculation that Green is trying to take the money and run; needless to say, he didn’t respond to the Daily Dot’s emailed inquiry. There’s also the little trick of how to cash out with so much Internet money. It’s possible, though not exactly pleasant, to live off of Bitcoin. There exist exchanges that allow users to trade bitcoin for traditional currencies, but at least one prominent one, BitStamp, has publicly disavowed cashing out funds from that particular wallet.

Thanks to all who notified us of the #mintpal coins. https://t.co/nH85upTbMW We are vigilant on not let them pass through #Bitstamp

Of course, that $1.4 million in Bitcoin is just the tip of the iceberg. Not every Mintpal customer has been unable to access their funds, and there’s been no formal audit of all those hacked funds—plenty more could have been moved elsewhere.

Correction: The number of bitcoins in the wallet allegedly controlled by Green is just over 3,701, and Ferdous says he is the sole operator of the Mintpal Twitter account. | Editor’s note: We have removed the last name of Mintpal investor Ferdous due to potential doxing threats against him.