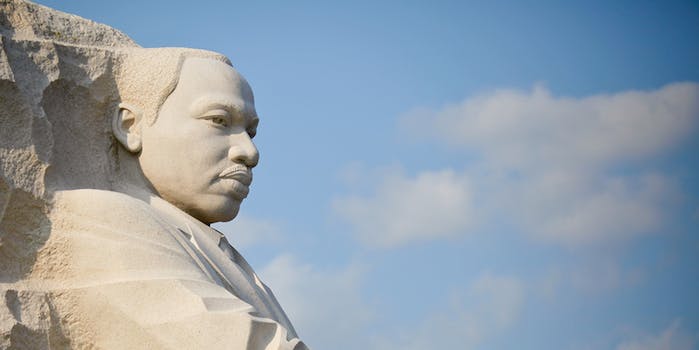 On Aug. 28, 1963, Dr. Martin Luther King Jr. stood on the steps of the Lincoln Memorial and delivered one of American history’s landmark speeches.

King described his vision of racial tolerance and equality in his “I Have a Dream” speech, much of which was improvised.

Today, we’re marking the anniversary by tweeting the full speech in real-time, albeit 50 years later.

Play the speech below at 3pm ET, the time King delivered his passionate address, and join us at @mlk_ihaveadream on Twitter. Tell us what King’s speech means to you using the #ihaveadreamlive hashtag, and we’ll share some of your stories.