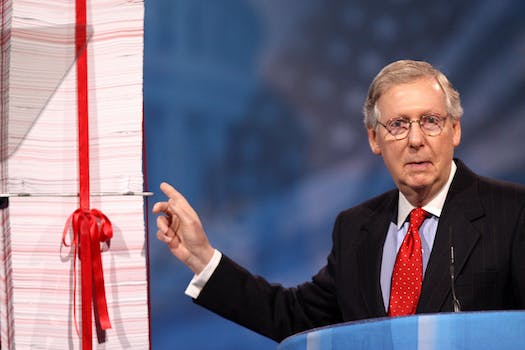 Bill Clinton, easily the greatest natural politician of his generation, executed a killer photobomb on the day before the 2014 midterm elections when he inserted his grinning visage into the background of photo a sad little girl allegedly forced by her parents to attend a boring political rally.

Sure, celebrities get an automatic boost in making excellent photobombs because the recognizable nature of their famous faces is often a joke in and of itself. But that doesn’t mean average Joes can’t make magic happen.

Take, for example, this American hero who gave a wide-eyed thumbs-down in the background of an election day photo of Senate Minority Leader Mitch McConnell (R-Ky.) registering his vote—presumably for himself rather than Democratic challenger, Alison Lundergan-Grimes.

Here’s the photobomb in action:

If the Presidential Medal of Freedom were given out for top-quality photobombs, this dude would be on an airplane to Washington, D.C. to receive his honor right now.