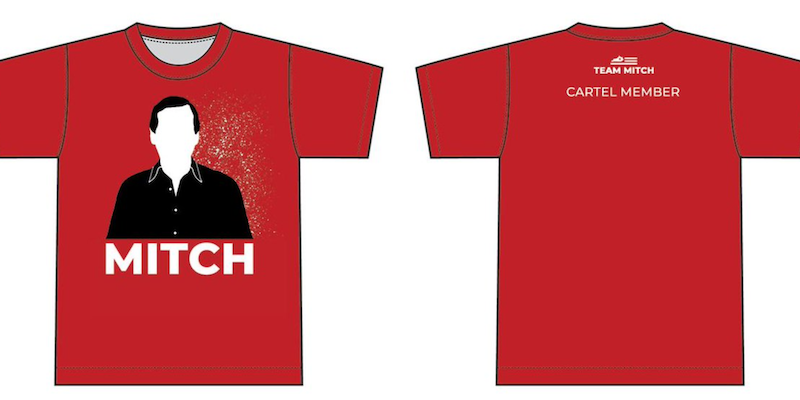 McConnell is leaning into the meme.

As far as people who make you think of Scarface, nebbish Senate Majority Leader Mitch McConnell (R-Ky.) doesn’t come to mind. But when a shipping company owned by his wife’s family was found to be transporting cocaine in it, he got hit with the moniker Cocaine Mitch.

After his work in holding open a U.S. Supreme Court seat open during the 2016 election, and then his determination to push Brett Kavanaugh through to the court after a series of allegations could have derailed the nomination, McConnell began getting effusive praise for his ruthlessness, and the meme exploded.

He’s leaned into that persona, occasionally tweeting jokes about it. Now, his reelection campaign is selling T-shirts on it, asking fans to “join the cartel.”

A year ago, a legend was born. Own your piece of history. #CocaineMitch

Become an official member of the Cartel! pic.twitter.com/NldVtTeJgj

"…I will fight for a safe and secure America, one with strong borders and strong law enforcement to protect our children from cartels, traffickers and gangs. And like you, I will not be intimidated." https://t.co/NZt5wYuLXz