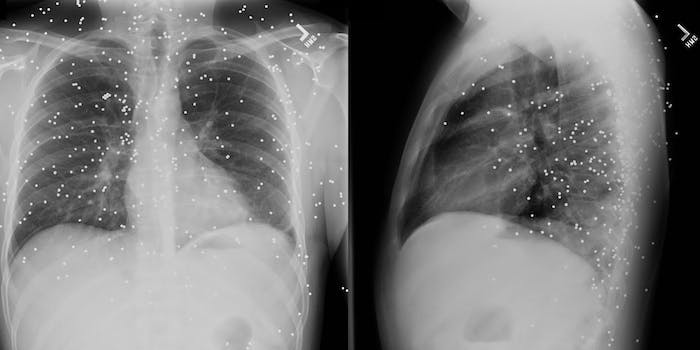 Milton Wolf told the Topeka Capital-Journal that the photos were posted for educational purposes, but his comments suggest a different story.

A Kansas radiologist running in the Republican primary for U.S. Senate has come under fire for posting X-ray images of a shooting victim on Facebook. Milton Wolf, whose only claim to fame is being a distant cousin of President Barack Obama, told the Topeka Capital-Journal that the photos were posted for educational purposes and that it was OK to post them because the patient isn’t identified.

But the comments he posted with along the images suggest he may have been more interested in cheap and insensitive laughs than education.

“One of my all-time favorites,” Wolf commented on one. “From my residency days there was a pretty active ‘knife and fun club’ at Truman Medical Center. What kind of gun blows somebody’s head completely off? I’ve got to get one of those.”

Wolf is a Tea Party activist challenging incumbent U.S. Sen. Pat Roberts in the upcoming GOP primary. He is a regular on Fox News and The Rush Limbaugh Show and an outspoken critic of his distant cousin’s signature piece of legislation, the Affordable Care Act. 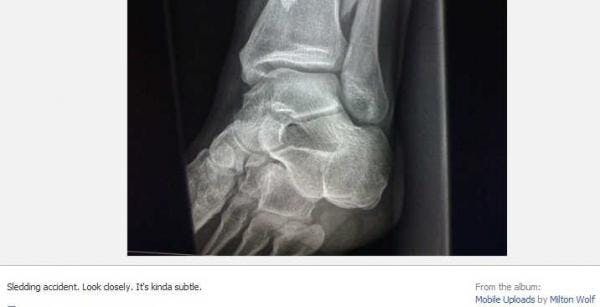 The X-ray photos, which included shooting victims and other injuries, were posted to Wolf’s Facebook page in 2010. The page has since been disabled, but the newspaper and reporter Tim Carpenter, got ahold of the images and confronted Wolf about them during a sit-down interview. Wolf says the photos were posted for educational purposes and also show the “evil” in the world. But the reporter pushed the candidate on some of the more insensitive comments, including one where he likens the wounds suffered by one victim as something seen in a Terminator film. When the reporter kept asking about the photos, Wolf ended the interview and said he was not going to play “gotcha games.”

Other X-rays were also found on a blog called The Wolf Files. While it appears the blog can only be viewed by invitation, a screen grab found online shows another shooting victim’s X-ray. The image shows two views of a person’s torso that has been filled with buckshot. As always, Wolf had plenty to say about the images: “This is my second favorite gunshot wound of all time,” he wrote. “I wish I could tell you the story of this awesome X-ray, but the patient came through the ER and they don’t believe in obtaining patient histories (I wish I was kidding). I’m guessing a jealous husband or a jilted lover. I mean…two shotgun blasts…to the back.” 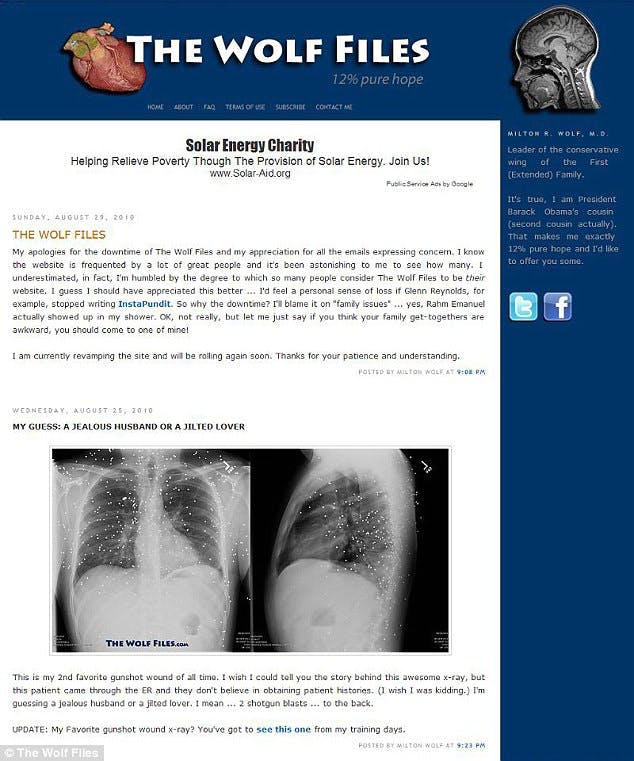 Screengrab via The Daily Mail

While Wolf wouldn’t say much about the photos to the Capital Journal, others in the medical field have. John Carney, president of the Center for Practical Bioethics in Kansas City, Mo., told the newspaper that “the dignity and privacy of the individual should be protected. It doesn’t sound like they’re being protected if they’re, obviously, on Facebook.”