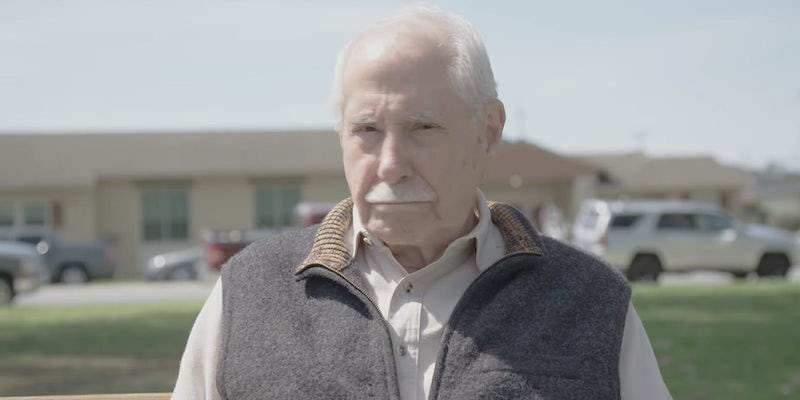 The stated goal is to get Gravel on the debate stage.

Mike Gravel, the former Democratic Alaskan senator whose policies help spark a push by teenagers to get him to enter the 2020 race, released an official ad for his campaign on Monday that mirrors his first campaign ad from 2007.

The ad makes it clear: Gravel, 88, wants to make it onto the debate stage and make his platform known.

The three-and-a-half minute ad goes through statements made by a number of the announced of presumed 2020 Democratic contenders like former Vice President Joe Biden, Sen. Kamala Harris (D-Calif.), Beto O’Rourke, and Sen. Amy Klobuchar (D-Minn.). It then juxtaposes them with remarks made by the former senator.

It also mimics, in spirit, an ad that Gravel released for the 2008 election where he silently takes a rock and throws it into the water.

“America needs a voice for justice. Help Mike Gravel get to the debates to be that voice,” the ad reads, noting that he needs 65,000 donations to make it to the debate stage.

Gravel’s Twitter bio says he has entered the 2020 race to “push the conversation left.”

A spokesperson told Rolling Stone that more than 5,000 people have donated to the campaign, with an average donation being $3.