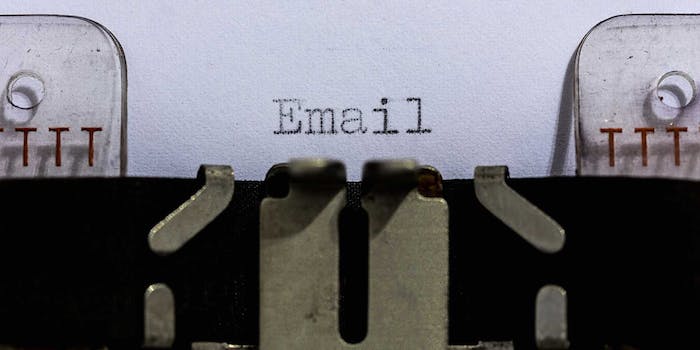 What does this mean for Outlook?

When you think of Microsoft and email, you either think of Hotmail or Outlook, both relics in today’s age of “Inbox Zero” and instant communication. With a new app called Send, though, Microsoft is out to reimagine the platform it once defined.

Send, available first on iOS, is the latest product to roll out of app laboratory Microsoft Garage. It strips away the typical construction of an email and boils it down to the important parts, making it like instant messaging built around your email address book.

It’s difficult to pinpoint how exactly Send fits into the communication landscape. Microsoft believes it can occupy some nondescript gray area between standard email and options like text messaging or Facebook Messenger, allowing users to shoot off quick messages as a part of an existing email thread. If you need to send something urgent or have a quick back-and-forth—scenarios that often play out when people are in transit and don’t want to type in full sentences—you might want to try Send. Microsoft says there are “no signatures, subject lines or salutations required” with Send, though we’re sure the average person has a litany of emails from coworkers titled “<no subject>” with the only text in the body being “whens lunch” with no punctuation at all.

To be fair, Send isn’t designed to be entirely replace the email inbox. It’s more like an ancillary app for situation-based communication. The only emails Send uses are the ones you start in the app. Conversations can be synced to other platforms via Office 365 so you can continue the dialogue when you sit down at your desk.

Send marks another step in Microsoft’s continuing email identity crisis and its attempts to figure out mobile. For the longest time, Outlook was a mess on mobile platforms. Microsoft fixed that by swiping up an existing email app, Accompli, and rebranding it as a multi-platform version of Outlook earlier this year. Send is Microsoft-made and more experimental, which suggests that the company still isn’t quite sure how to tackle mobile email on its own.

Send will remain iOS-only for the time being, and you’ll need an Office 365 business or school email account to put it to use. Windows and Android versions are on their way in the coming months, and Microsoft plans to open up the service to those who aren’t in the Office 365 ecosystem as well.