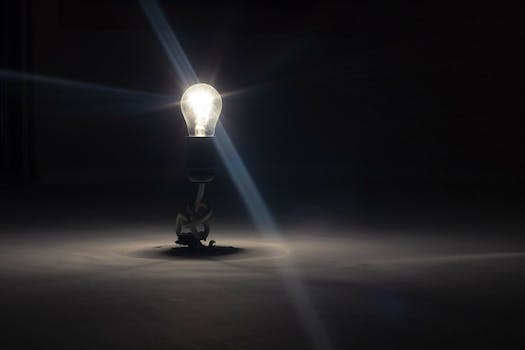 First female director of U.S. Patent and Trademark Office sworn in at SXSW

History in the making, patent trolls are shaking.

“I wanted to use this occasion to actually officially swear her in today. And I thought it would be fun if you could share that experience with us,” Pritzker said during the ceremony, which was broadcast live on the new livestreaming app Meerkat.

Earlier this week, the Senate confirmed Lee as the head of the U.S. Patent and Trademark Office. The former Google employee is the first woman in history to run the agency.

“While I’m truly honored to serve in this important role, I’m deeply concerned that, 15 years into the 21st Century, far too few women are getting into tech, and even fewer are staying in the field,” Lee said during confirmation. “Far too few women are founders of tech companies, or in the leadership ranks of the tech companies and investment firms that form the backbone of our innovation economy.

“There’s no doubt that women in tech face too many barriers to entry and success,” she continued. “These barriers are not only bad for women, they’re bad for all of us. We cannot innovate or grow this economy to its full potential unless we ensure that no innovator or entrepreneur is left behind.”

A one-time computer science Ph.D. candidate who moved into intellectual property law, Lee worked as the Deputy General Counsel of Google and also led the company’s patent strategy. She is the first Patent Office Director to come from a background at an Internet company. “I can program in more languages than I can speak,” said Lee, boasting of her tech background.

Lee has long been an outspoken critic of “patent trolls,” people who buy up patents with the exclusive intent of using them to file lawsuits against companies that inadvertently infringe on them. Innovative tech companies like Google have argued strongly in favor of reforming the patent system to to cut out opportunities for patent trolls.

Consider this: Of the 20 patent lawsuits filed against Google since late 2007, all but two have been filed by plaintiffs who don’t make or sell any real product or service—in other words, by non-practicing entities or “patent trolls.” Most of these cases seem to feature the same small set of contingent fee plaintiff’s lawyers asserting patent claims against the same small set of companies. We’ve also noticed a more disturbing trend: in many of these cases, the patents being asserted against us are owned by—and in a surprising number of cases, are even “invented” by—patent lawyers themselves.

During a hearing before the Senate Judiciary Committee late last year, Lee said she would be supportive of legislative moves to curb patent troll lawsuits.

Efforts to pass patent reform legislation failed last year; however, a bipartisan group of 20 lawmakers are trying again this year with a bill called the Innovation Act. The bill would require patent trolls who file lawsuits to pay legal fees to unjustly prosecuted parties.

Lee first joined the agency as a deputy director in 2012 running the agency’s Silicon Valley office.

Prior to Lee’s appointment, the top spot at the Patent and Trademark Office has sat unfilled for a long time. “This position has been vacant for more than two years, which is far too long for an office that is so important to our nation’s innovators,” Senator Pat Leahy (D–Vt.) said in a statement last month.

Lee comes to the Patent and Trademark Office at a time when the agency is facing some serious challenges. While the number has crept down from an all-time high in 2009, it has a backlog of over 700,000 unexamined patent applications.