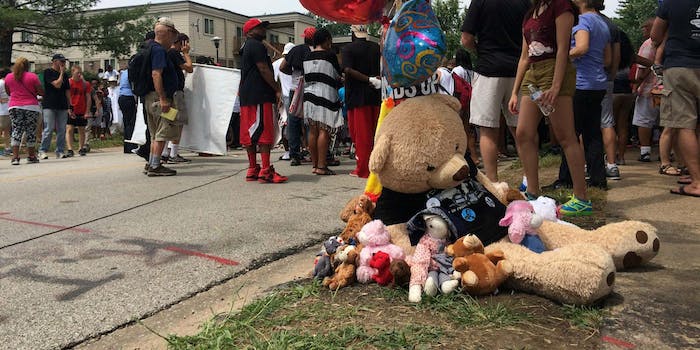 Activists and family gathered on Canfield Drive in Ferguson to remember Michael Brown.

Activists, clergy, and members of Michael Brown‘s family gathered Sunday at the memorial that marks the spot where he was slain to honor the anniversary of his death.

Brown was 18 when he was shot and killed last year by Ferguson, Missouri, police officer Darren Wilson. Brown’s death sparked widespread protests and became a rallying cry for activism against police brutality.

A crowd of several-hundred people listened to speeches from Michael Brown’s father, Michael Brown Sr., and held a four-and-a-half minute moment of silence to represent the hours Brown’s body remained in the street after he was shot. After the moment of silence, organizers released a single white dove. Family members of Oscar Grant and Eric Garner, black men who were killed by police in 2009 and 2014, also addressed the crowd as a drone buzzed overhead. 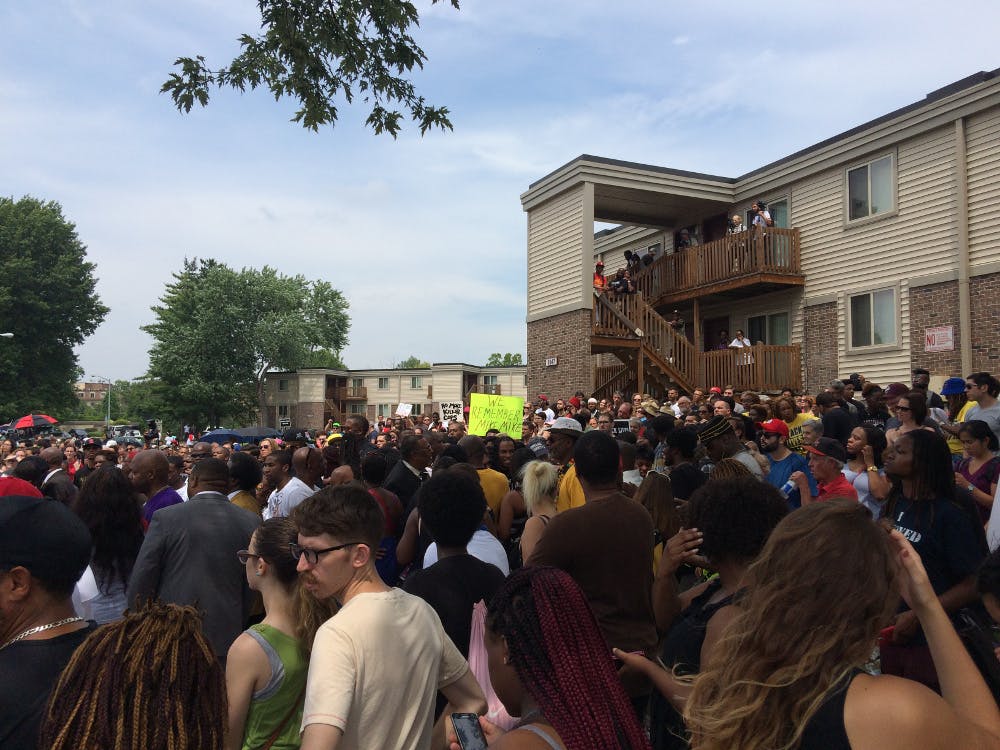 A year later, the feeling persists that justice has not been served—several speakers noted that Wilson did not face criminal charges in the shooting.

“This year has just been so hard. No accountability, no justice. Police are still killing us. It’s a crisis,” Erica Garner, Eric Garner’s daughter, told the crowd. “We’re being killed on camera… What is it going to take?” 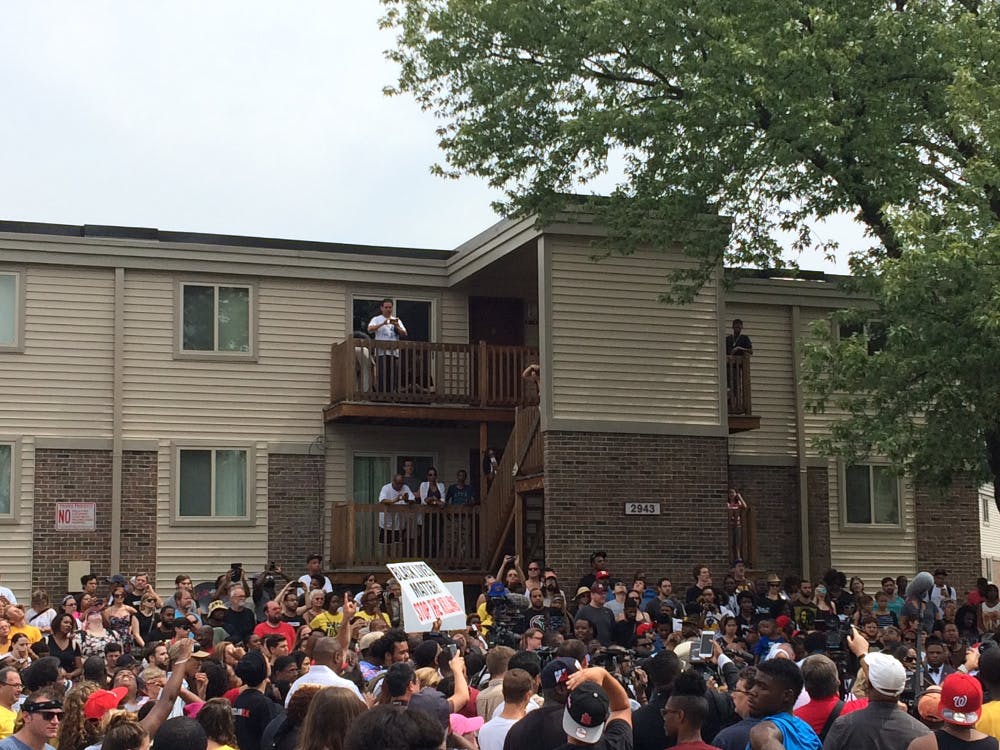 Bree Newsome, an activist and filmmaker who recently climbed the flagpole at the South Carolina State House and removed the Confederate flag, said she was inspired by the movement that rose out of Brown’s death. “All I did when I climbed up the pole was to call on the courage that I witnessed here in Ferguson when I saw for several days the residents stood their ground against the police department that had them under seige,” Newsome said. 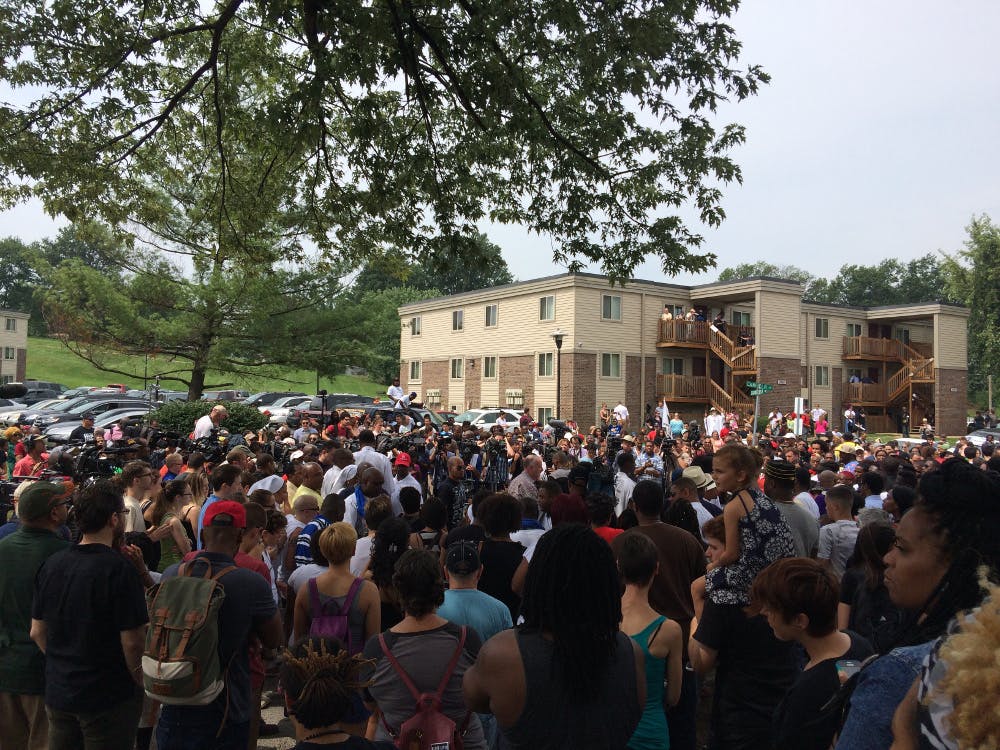 The gathering ended with a silent march to the Greater St. Mark Family Church.

Update 5:21pm CT, Aug. 9: The rally was briefly interrupted by gunshots fired behind the church. Initial reports were that the shots were apparently unrelated to the march or to the fatal shooting of Brown one year ago.