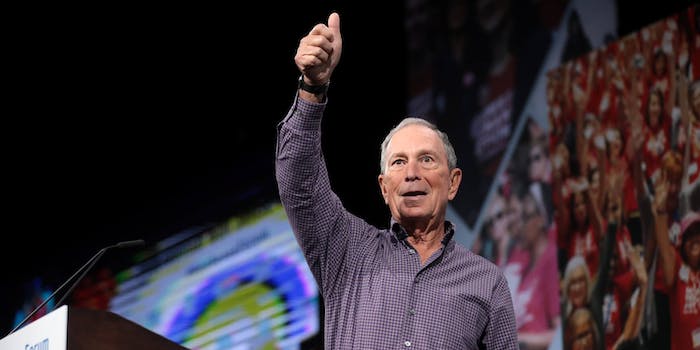 Former New York City mayor and billionaire Michael Bloomberg has contracted with a number of prominent meme-makers on social media to try and boost his visibility as he seeks the Democratic presidential nomination this year.

Some very popular accounts posted memes of fake direct messages between Bloomberg’s page and their own over the past day.

“Mike Bloomberg 2020 has teamed up with social creators to collaborate with the campaign, including the meme world,” a Bloomberg campaign spokesperson told the New York Times, adding: “While a meme strategy may be new to presidential politics, we’re betting it will be an effective component to reach people where they are and compete with President Trump’s powerful digital operation.”

However, it appears that the meme strategy is becoming its own meme—with people posting fake DMs from the campaign highlighting some of the more criticized aspects of Bloomberg’s political past, like stop-and-frisk.

Many of the fake DM memes—or critical jokes—have centered around the “yes this is really #sponsored by @mikebloomberg” line added in the first batch of real memes contracted by the former mayor’s campaign.