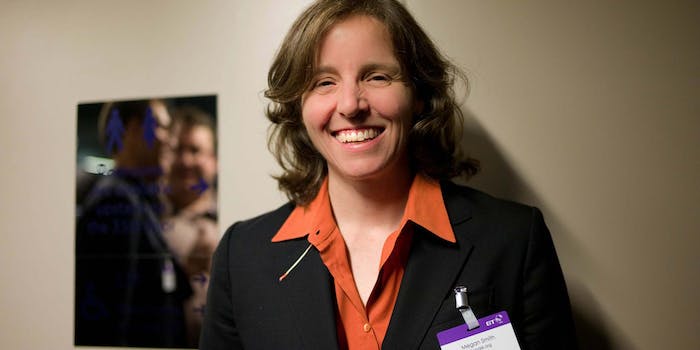 The White House has named Megan Smith as its new national Chief Technology Officer to replace outgoing CTO Todd Park. Smith, a longstanding prominent figure in Silicon Valley, will step down from her current role as vice president of Google X, Google’s so-called moonshot laboratory which has developed everything from Google Glass to delivery drones in recent years.

In Silicon Valley, Smith is both well-liked and respected. Before joining the Google X team, Smith spent nine years as the vice president of new business development for Google, where she was heavily involved in Google.org, the company’s philanthropic wing that focuses on social good. Prior to her 11 years with Google, Smith served as the CEO of PlanetOut, then the largest online LGBTQ community on the Web.

In her new position as White House CTO, Smith will work with the Office of Science and Technology Policy on applying her considerable experience in the tech industry to everything from job creation to broadband Internet access. Her predecessor famously led the Healthcare.gov triage team when the online healthcare system’s launch was beset by technical problems. Smith will be joined Alex Macgillivray, Twitter’s “free speech defender” and head lawyer, who will take on the role of U.S. Deputy CTO.

Excited to be headed to @whitehouseostp to work w/ @smithmegan & other great folks in govt on technology policy. Lots to learn and do.