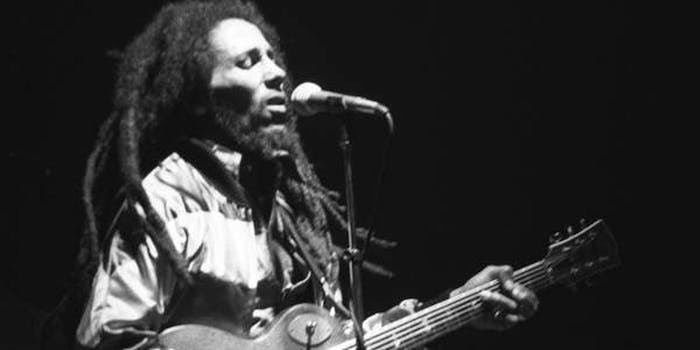 Building the Coca-Cola of pot is risky business, even with Bob Marley’s name

Be it recreational or medicinal, marijuana is legal in some fashion in 23 states and the District of Columbia. Over the next decade, it seems inevitable that a handful of new states will at least attempt to relax their drug laws. A study by Arcview Market Research last year reports that the legal marijuana industry in the United States is poised to top $10 billion within the next five years—a rate of growth outpacing that of smartphones. By 2020, it could be, by some estimates, bigger business than professional football.

As the business of pot moves toward the mainstream, the industry is inevitably going to disassociate itself from the shady black market of its roots. The companies involved in distributing pot to the public are starting to resemble the companies that sell other goods, soda for example. Yet, no legal pot companies have been able to become anything like the Cola-Cola of pot—a universally recognizable international brand.

However, Privateer Holdings, the world’s first exclusively marijuana industry-focused private equity firm, is giving it the old college try by teaming with the family of reggae superstar Bob Marley to create Marley Natural, the most serious attempt yet to construct a global pot brand.

Marley Natural will sell what Privateer founder Brenden Kennedy called “heirloom cannabis strains,” along with pot-infused products like lotions and balm, as well as storage containers and vaporizers.

“This is already a mainstream product consumed by mainstream people around the world. It’s no longer counterculture when 58 percent of Americans believe it should be legal and 38 percent admit to having used it—including our current president and previous two presidents,” Kennedy told the Daily Dot. “It deserves professional brands that can bring this industry out of the shadows and into the light, brands that can elevate the conversation, ones mainstream consumers can relate to and don’t offend people.”

“We think a lot about brands that create and imply professionalism through packaging and consistency. Look at Starbucks and Coca-Cola, the product looks and tastes the same everywhere in the world, that’s important to us. We want to crate a brand that’s reliable and safe.”

The goal of Marley Natural is to leverage the public persona of Bob Marley, likely the single human in the history of the planet most closely associated with the drug, and use it to create a line of consumer products that function like every other mega-brand in the world.

On one hand, the idea seems obvious. This model has been successfully applied to everything from laundry detergent to search engines. But there’s a reason why no one has successfully accomplished what Marley Natural is attempting.

The problem, West noted, is that, while pot is slowly crawling its way toward legalization, it’s doing so in fits and spurts. Recreational weed is legal in Washington, but not in neighboring Idaho or at the federal level. This patchwork of laws makes creating a unified national brand tricky.

“Because of the way the industry is developing right now, on a very state by state basis, its very difficult to operate in more than one state at a time. Each state have very different regulations. Some states don’t even allow investors who don’t have residency in the state,” West said. “You can’t move any of your product from one state to another. Everything has to be produced in the state where it’s being sold.”

These limitations have made it so no raw cannabis producers have been able to operate across multiple states. However, some companies have managed to start building solid brand recognition across multiple markets. One such company is vaporizer manufacturer OpenVape, which works with individual cannabis oil producers in each state to create canisters that work with its vaporizers, but are consistently branded across-the-board as OpenVape.

Kennedy said the company is still deciding on precisely which jurisdictions it will launch first, but hopes to have that all ironed out within the next six months. Kennedy also wants to spread out internationally—to countries like Israel, Spain, and Uruguay, which have also legalized in some fashion.

Distribution isn’t the only roadblock when it comes to establishing a broad-based marijuana brand. Part of the power of a brand like Coca-Cola is that only the Coca-Cola Company has the ability to slap that logo on its products.

According to U.S. intellectual property law, “use of a [trade]mark in commerce must be lawful use to be the basis for federal registration of the mark.” Additionally, the Controlled Substances Act “makes it unlawful to: manufacture, distribute, dispense, or possess a controlled substance; and sell, offer for sale, or use any facility of interstate commerce to transport drug paraphernalia. Regardless of state law, the federal law provides no exception to the above-referenced provisions for marijuana for ‘medical use'”

Basically, since pot is still illegal in the United States, the U.S. Patent & Trademark Office can’t actually assign intellectual property rights for products whose explicit use is officially prohibited at the federal level, which happens to be the same level the agency handing out those rights exists.

“Well, our legal team is larger than most,” Kenned said with a laugh. “The complexity of the projects they work on is probably at a different level than for other companies of our size. We’ve had to come up with a lot of creative solutions for registering intellectual property.”

One method the company employs, Kennedy explained, is registering the intellectual property in other countries that have struck agreements with the United States to respect each other’s trademark registrations. It also helps that Privateer is working with massively famous public figure like Bob Marley, about whom there is already a wealth of intellectual property about. In this case, all Marley Naturals had to do was extend those intellectual property rights into another industry.

In fact, the family’s frustration with plethora of unlicensed Marley-branded marijuana products out there is one of the reasons why they sought this collaboration with Privateer, which also owns the Yelp-for-weed site, Leafly.

“My dad would be so happy to see people understanding the healing power of the herb,” said Bob’s daughter Cedella Marley in a statement. “He viewed the herb as something spiritual that could awaken our well-being, deepen our reflection, connect us to nature and liberate our creativity.”

Marley Natural is expected to being products at dispensaries in selected states around the country late next year.