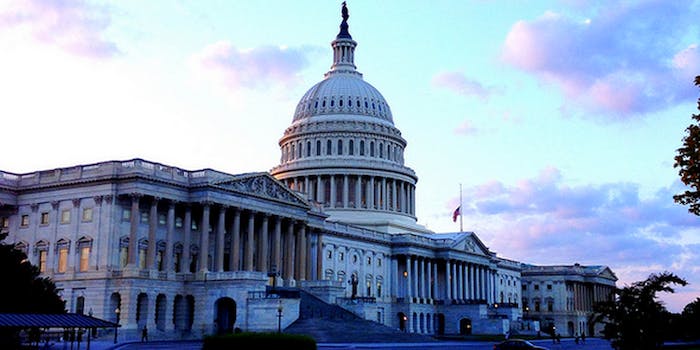 Bill still faces strong opposition from the Department of Justice.

In the fight to modernized privacy laws to keep up with 21st century technology, Congress reached a major milestone this week, with a majority of members of the House of Representatives now lending support to a bill that would require law enforcement officials to obtain a warrant before reading the content of emails.

Under the provisions of the ECPA, written at a time when email—and the Internet itself—was still mostly an aberration for a tech-savvy few, law enforcement officials are allowed to read emails store on external servers (think Gmail and Yahoo Mail) that are six months or older without a warrant. That’s because, at the time, lawmakers decided “undownloaded” emails should be treated as abandoned property.

That argument may have held water 28 years ago, but that’s simply not how email works today. Most people do not download their emails, instead allowing them to remain on the Web indefinitely, unaware police have the authority to search the contents without a warrant.

For more than four years, Google—one of the world’s largest email providers—has been trying to open lawmakers’ eyes to this glaring anachronism, saying “this common-sense reform is long overdue.”

According to a recent blog post from Google, the courts have already backed their position. In 2010, a federal appeals court said that the ECPA is unconstitutional “to the extent that it authorizes the government to obtain the content of emails without a warrant.” The court ruled that the ECPA violates the Fourth Amendment protections against unlawful searches or seizures.

Despite this ruling and the lobbying push from Google, Congress has been slow to revisit the bill, that is until last year when former National Security Agency contractor Edward Snowden leaked NSA documents revealing the extent to which the government spies on Americans’ emails and other electronic communications.

Chris Calabrese, legislative counsel with the American Civil Liberties Union, said the addition of a 218th co-sponsor to H.R. 1852, the bill to reform the ECPA, is a significant step.

“It’s great news,” Calabrese told the Daily Dot. “One important thing to understand is this isn’t just stated support. They’ve committed to a particular bill and could pass it tomorrow if it came for a vote.”

The bill also enjoys the backing of the ACLU, though Calabrese admits he’d like to see further reforms.

“There is always more we’d like to see done,” he said. “But this bill does one thing very well: It protects the content of emails.”

Passage of the bill is not a sure deal. The legislation only has a slim majority of confirmed support and anything can happen in the notoriously convoluted legislative process, especially with the U.S. Justice Department opposing reform.

Still, one can’t help but feel like the tide may be turning. This news come just a week after the 11th U.S. Circuit Court of Appeals ruled that people have a reasonable expectation of privacy with regards to location data collected by cell phone towers. As such, the court said the Fourth Amendment also protects this data. However, ECPA revisions make no mention of cellphone location data.