Thanks to the Nuclear Secrecy blog, we can now see the hundreds of people working behind the scenes at the Los Alamos National Laboratory.

We think of the nuclear age as being fathered by giants. But for all of the famous and infamous names credited for developing the most destructive technologies in human history—Dr. Edward Teller, the severe pragmatist who wanted to use nukes in place of shovels; Robert Oppenheimer, who was left shell-shocked by Pandora’s box; and of course, Einstein—there were hundreds more people working behind the scenes, keeping the Los Alamos National Laboratory running.

Naturally, because Los Alamos during the Manhattan Project (then known as Project Y) was a tightly secure government facility, all of those faces were photographed for ID badges. Those badges, which have since been digitized, stated where staffers could go, and perhaps more strangely, who they could talk to.

Thanks to some awesome work by Alex Wellerstein at the Nuclear Secrecy blog (and later added to for the Bulletin of the Atomic Scientists), we can now see a cross section of all the people who helped make the bomb. 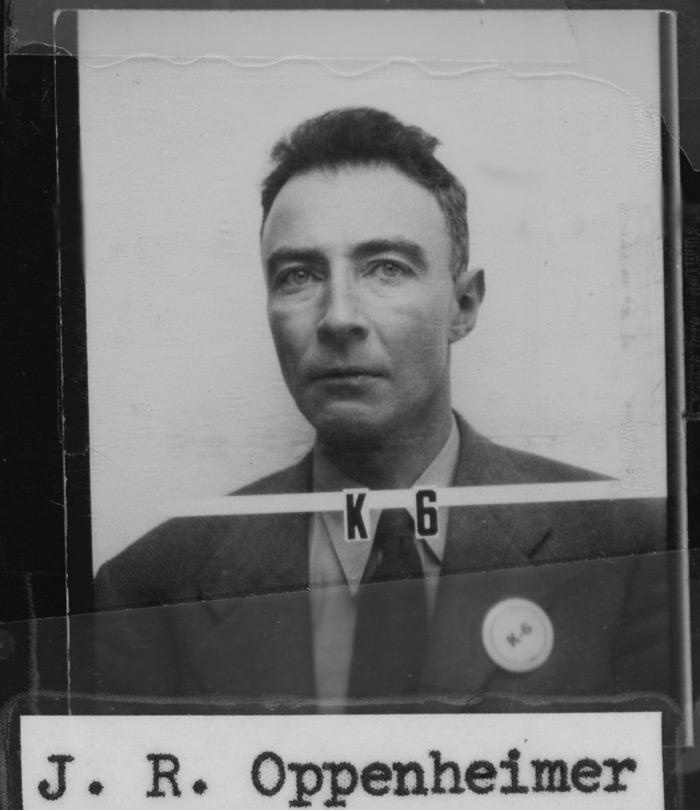 Robert Oppenheimer was just one of the engineers working on splitting the atom, and has split credit for being the “father” of the bomb with Enrico Fermi. But in years since, he has become the face of atomic bomb regret, whether deserved or not. Largely, that’s due to his infamous interview in which he quotes Hindu scripture, saying “I am become death, destroyer of worlds.” Contrast that moment with his much younger face above, and you can see the weight of the bomb on his person. 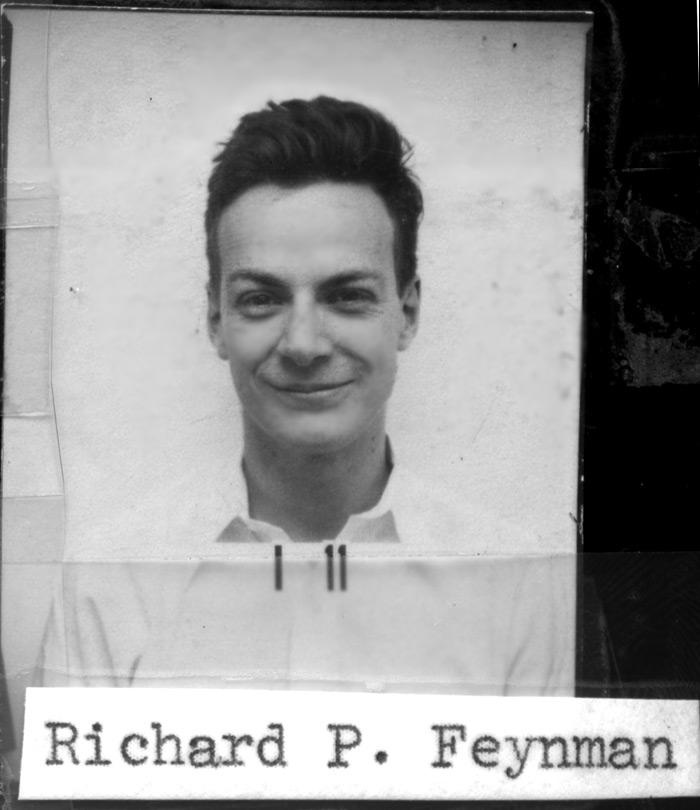 Contrast Oppenheimer, the consummate stone-faced engineer, with Richard Feynman, a physicist described by the Bulletin as a “mischievous young genius.” Feynman, whose smirk may be attributable to his apparent disdain for the security measures at Los Alamos. (Seems rather quaint today, right?)

Smiles aside, Feynman was no slouch, and went on to win the Nobel Prize in physics in 1965 with Sin-Itiro Tomonaga and Julian Schwinger for their work in quantum electrodynamics. 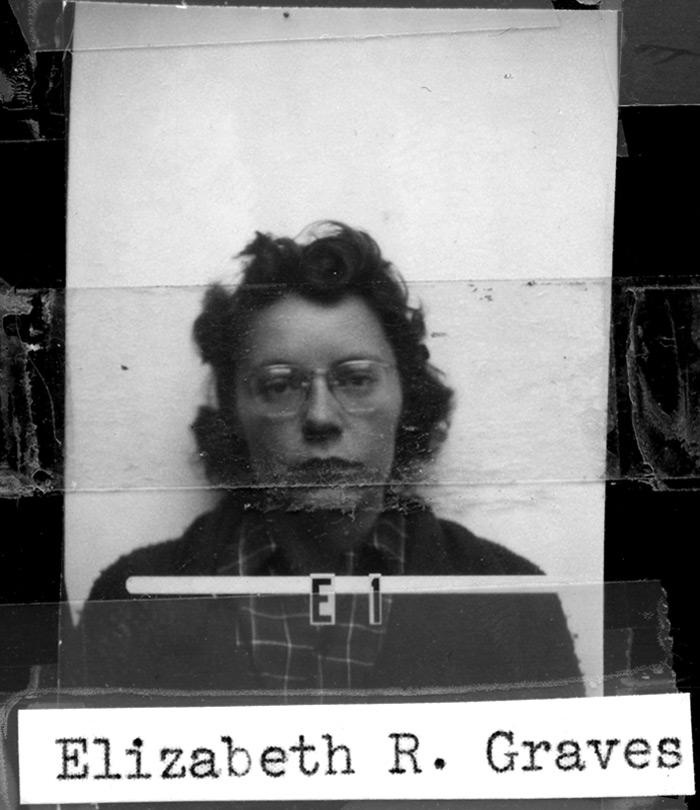 Not all of Los Alamos’s scientists were male, although physicist Elizabeth Graves did join the lab with her husband Al, also a physicist. Los Alamos was truly a family affair for the Graves, as Elizabeth, who was a top expert in neutron particle scattering, continued lab work while pregnant.