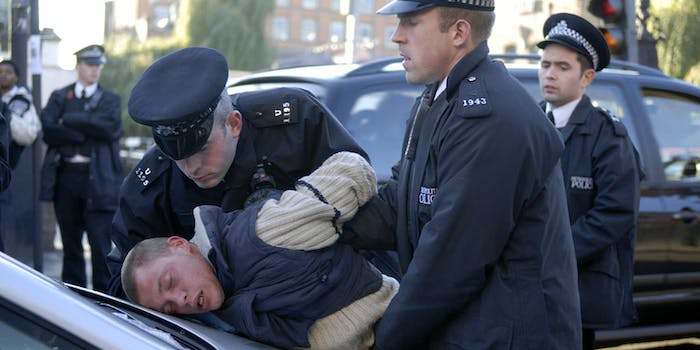 This will be one of the biggest trial of cameras worn by police to date.

Don’t be surprised if the London police are a bit nicer after today. Announced today at New Scotland Yard, The Metropolitan Police of London will deploy 500 cameras in one of the biggest trial of cameras worn by police to date.

The one-year pilot program will utilize the Axon Body camera, built by Taser, a company that has provided cameras to other police forces in the U.K. The cameras will be a part of the emergency response kit for officers, and will be used to show “the rawness and the awfulness” of situations police routinely encounter, according to Assistant Commissioner Mark Rowley.

The best thing to come out of the press conference is that the Metropolitan Police are not planning on abandoning the cameras after the pilot, but are looking for ways to improve its implementation. “We are testing this with a view to how to do it, not whether to do it,” Rowley said. There is no indication whether the cameras used in the pilot can be shut off by an officer, and the Metropolitan Police have not responded to a request for comment

Hopefully this program leads to what everyone really needs: for police officers to come equipped with cameras that cannot be shut off, which should cut down on police brutality and corrupt cops.

H/T The Verge | Photo via jonfeinstein/Flickr (CC BY 2.0)