This small device monitors the impacts on athlete's heads.

Concussions and other sports-related head traumas can cause serious brain damage to athletes of all ages, and one company is hoping to help athletes, parents, and their coaches monitor and prevent injuries to the head.

Linx IAS is a wearable device with a compatible application that measures and records the the force of hits taken to the head and sends it in real-time to trainers or parents. Linx IAS is a small rectangular device, about the weight of a nickel, and is placed inside a headband or skullcap, a snug nylon cap that covers the head, often worn by athletes. It documents what happens to the head throughout a workout or game, and can be worn on its own or under a helmet.

“The end goal is to make sports safer for athletes,” David Borkholder, chief technology officer at Linx IAS parent company BlackBox Biometrics, said in an interview with the Daily Dot at the Consumer Electronics Show in Las Vegas on Sunday.

Each year in the U.S. between 1.6 million and 3.8 million people suffer a sports- or recreation-related brain injury. And many of those injuries are to young people competing in high school or college sports.

“There’s a real issue now where people are being injured, there’s no good way to identify those injuries,” Borkholder said. “So this gives you an objective measurement of those impacts, and then you have more data that can help you decide how to act on it.”

The tiny device measures what’s happening with an athlete’s skull by tracking linear and rotational forces with sensors, accelerometers, a gyroscope, and a data microprocessor. 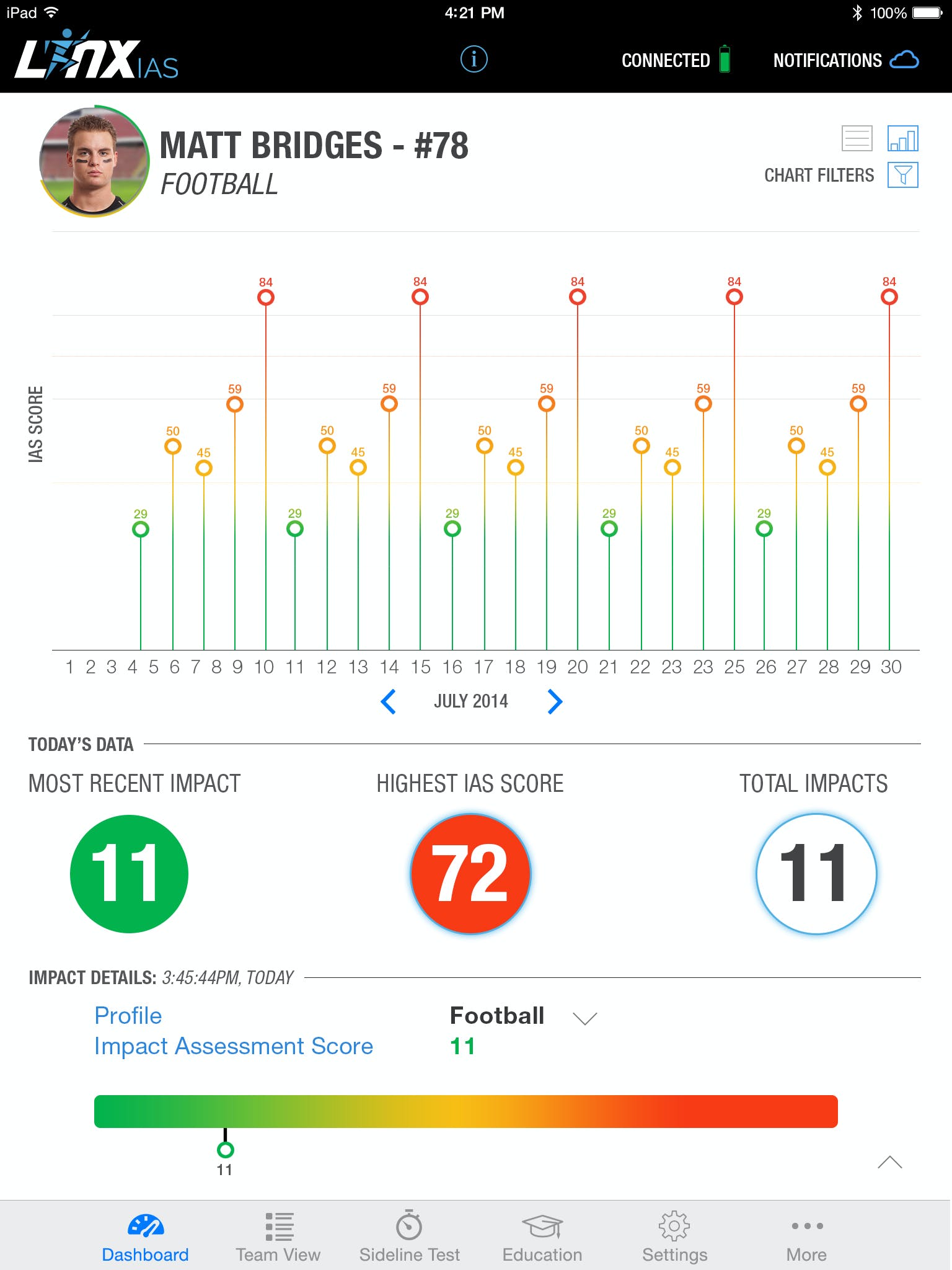 On the compatible iOS or Android application, users will be able to see where on the head the athlete was hit, at what time, and what the strength of the impact was—it can track anything from a workout to an entire season. The data is then available to parents, coaches, or doctors. The battery in the Linx IAS lasts for 12 hours of continuous use, which Borkholder said averages out to about one week of practice. The device can be charged simply by sticking it into a USB port.

Borkholder said the team worked with coaches, personal trainers, athletes and medical professionals to test the accuracy of the device. But the technology itself was conceived while working with the military to create a device that documents traumatic brain injuries, or TBIs.

BlackBox biometrics developed a sensor technology to monitor concussive forces in a blast by providing soldiers with three wearable devices to wear on the helmet, chest, and shoulder.

“We’ve taken that proven battlefield technology and turned it into a form factor that can be used on the playing field,” Borkholder said.

Linx IAS will be available for $199 by March of this year for athletes of all ages. And eventually, these devices could change the way athletes and coaches monitor head injuries to prevent brain damage in the future.

“It can identify those who might be at risk and you can tune technique,” Borkholder said. “So if you’re doing practices and you’re seeing a lot of impacts, you might change the way they’re doing things to reduce the level of those impacts. You may adjust activity levels based on that as well.”