Keep your eye on the prize.

This year, he is once again nominated for an Oscar, under the category Best Actor for the movie, The Revenant. Any DiCaprio fan would agree that he needs to win this time. For the love of everything, please let him win this time.

With the stress of the wait for the upcoming awards show scheduled for February 28, 2016 mounting, what can DiCaprio diehards do in the meantime to quell all the nervous energy? Why, they can play a game that’ll ensure their idol’s victory—if they beat it, that is. 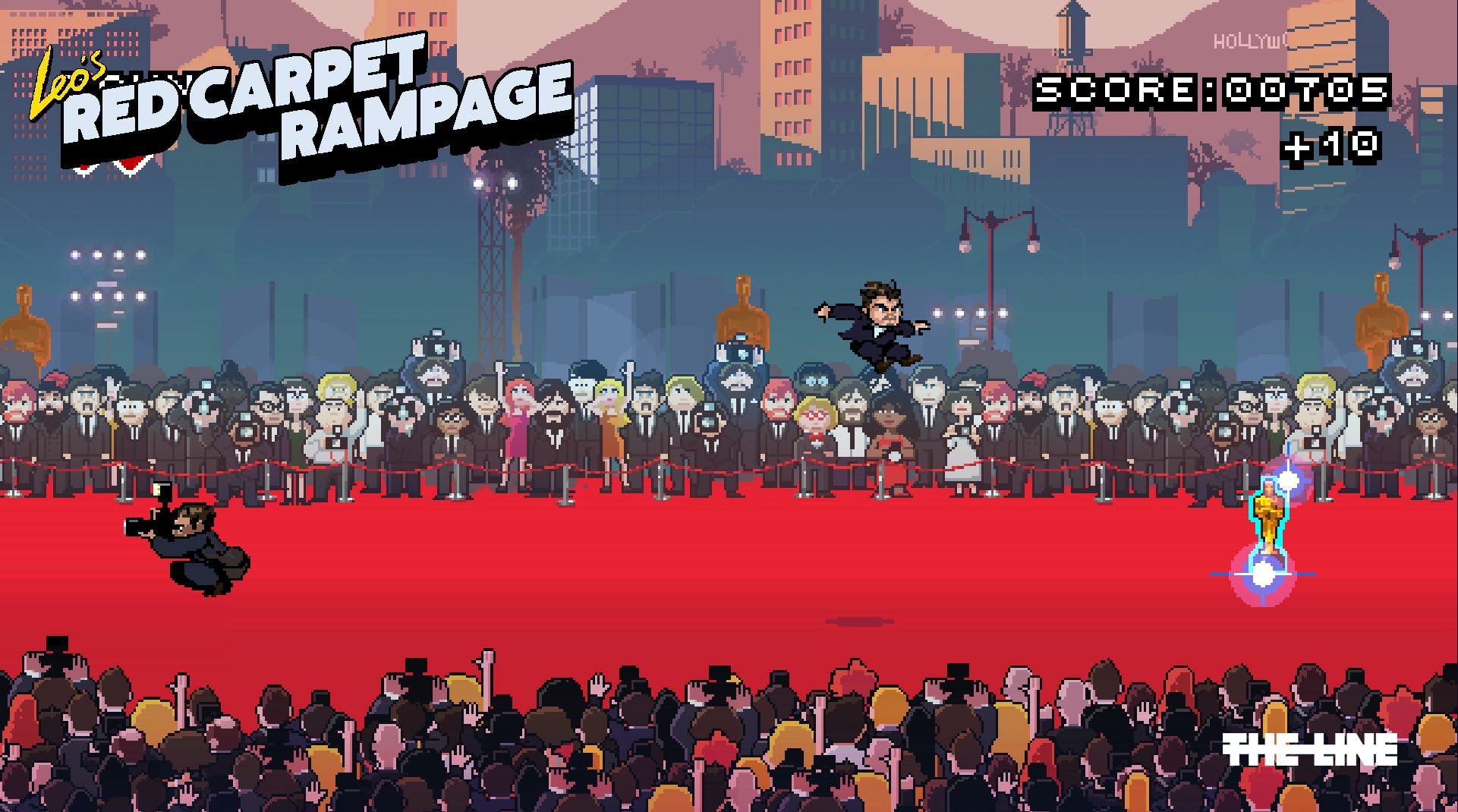 Titled Leo’s Red Carpet Rampage, this retro-style arcade game has a pretty simple mission: “get Leonardo DiCaprio an Oscar or die trying.” Players are required to race down the red carpet to look for the highly coveted Academy Award. There are also a few Emmys and Golden Globes along the way that you can collect, as well as obstacles you must avoid, like icebergs and Lady Gaga.

What makes this game spot-on is the way it identifies one of DiCaprio’s biggest rivals for the top prize: Eddie Redmayne as The Danish Girl. 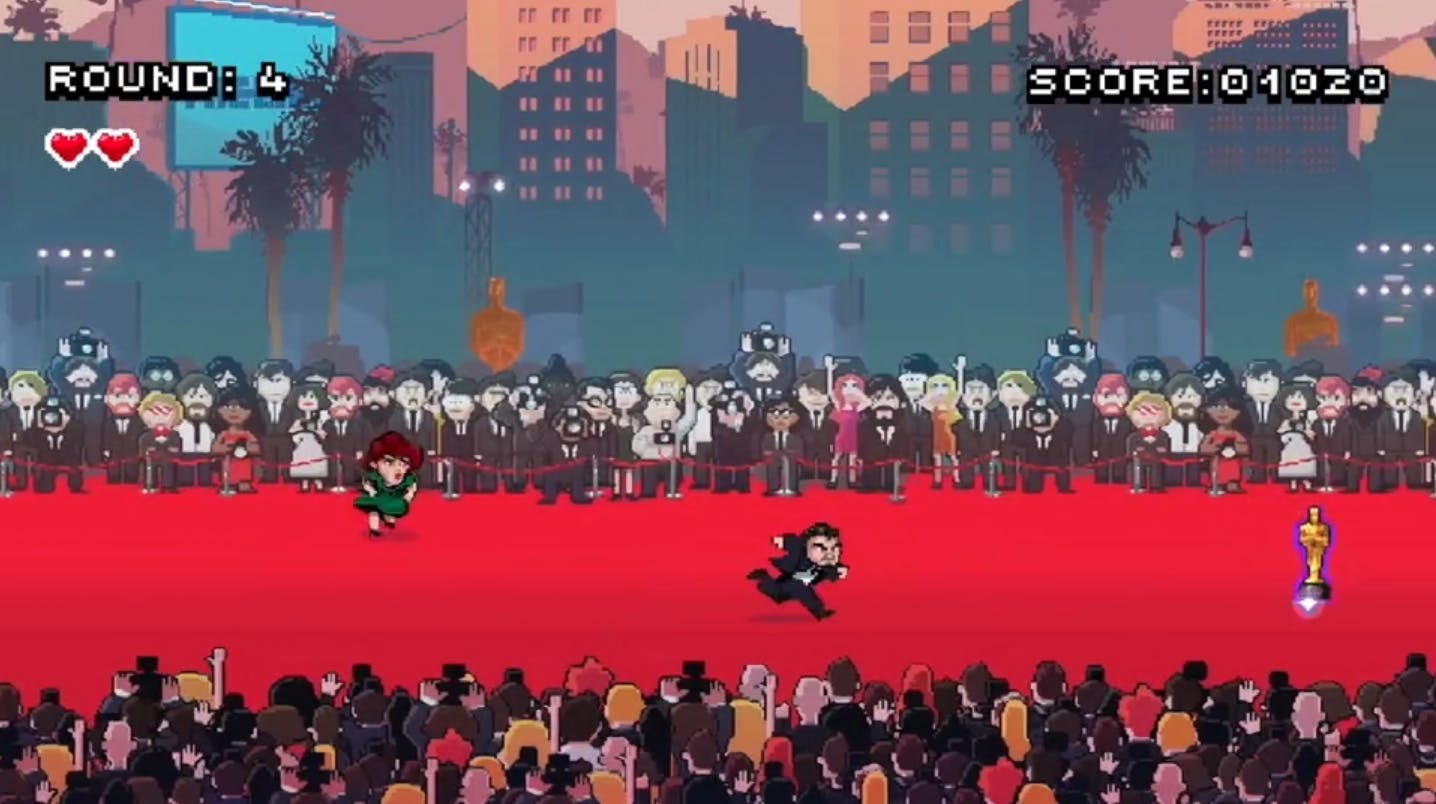 Quite frankly, DiCaprio could very well lose it to Redmayne, as the Academy is notorious for rewarding artsy over, you know, getting mauled by a grizzly bear. In case that happens, you’ll have this game to channel your disappointment into something fun and entertaining.