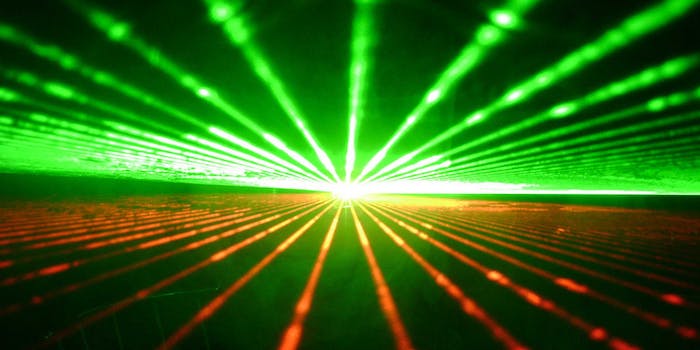 Watch a laser-shooting watch burn stuff from across the room

Sorry Apple, but it looks like your Apple Watch just got beat by this Bond-inspired laser watch. Patrick Priebe, owner of Laser-Gadgets, has created a one of a kind watch that actually produces a 1,500 milliwatt laser. Priebe demonstrates the strength of the laser by popping several balloons and even lighting a match. Unfortunately, there are some downsides to this crazy laser watch. For starters, the battery will only last five to ten minutes and he writes that there are no plans for any tutorials, but it may be for sale in the future.

This isn’t be the first movie-inspired gadget Priebe has made. He has also designed a working Iron Man arm and Cyclops laser eye.

If you don’t like lighting matches, try using a laser.

If Priebe were to sell the watch, he says that it wouldn’t be for less than $300, which is not a bad deal considering the Apple Watch retails for at least $349.