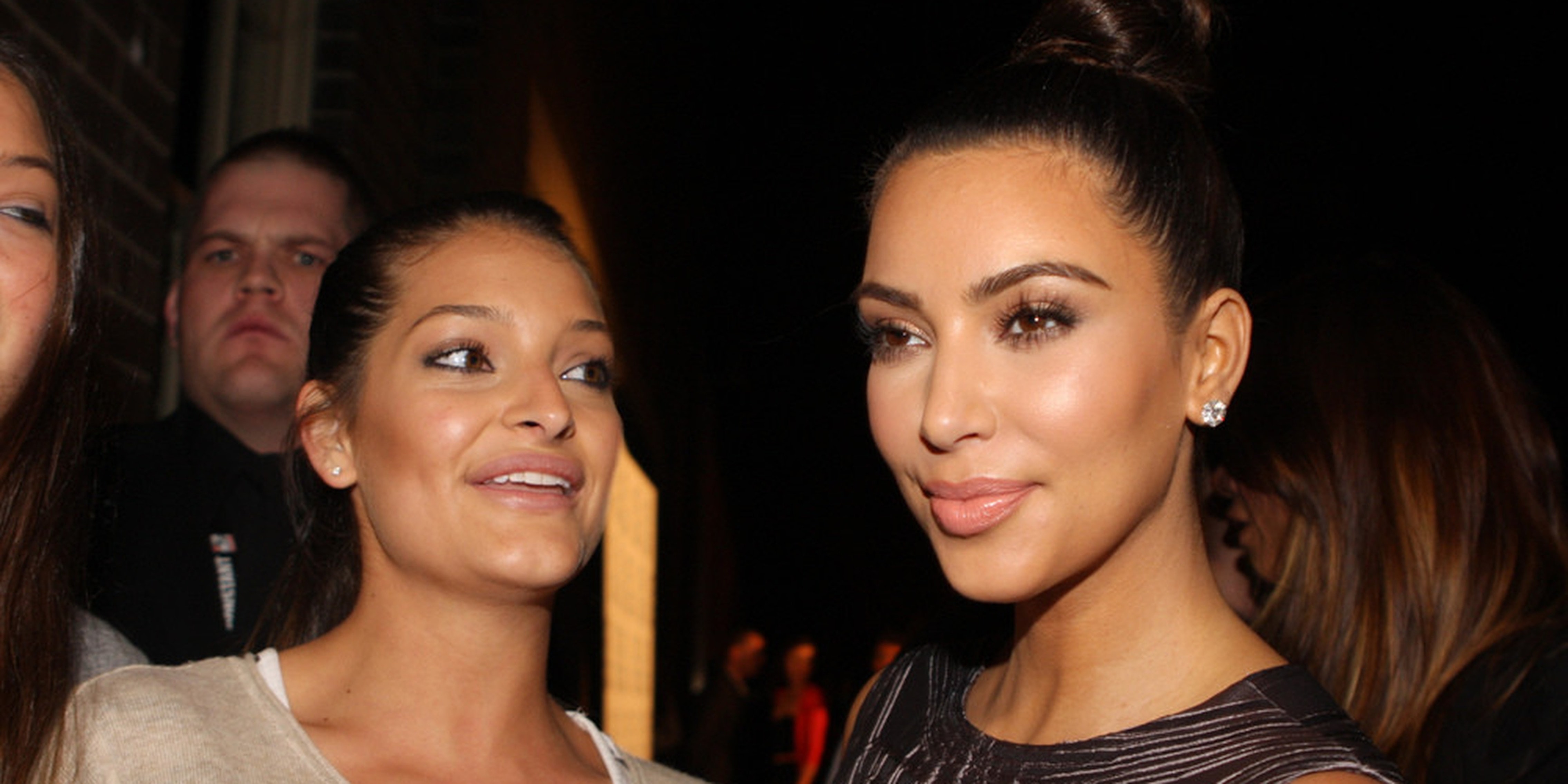 Kim Kardashian: Hollywood, the freemium app in which you climb up to the A-list next to Kim Kardashian, proved to be just as addictive as many have said. And for Kardashian, it’s paying off.

According to the Q314 earnings call report from Glu Mobile, the company that developed the game, her app made $43.4 million in Q3, accounting for more than half of the profits from the third quarter this year. It’s more than 10 other Glu Mobile–owned app games combined. 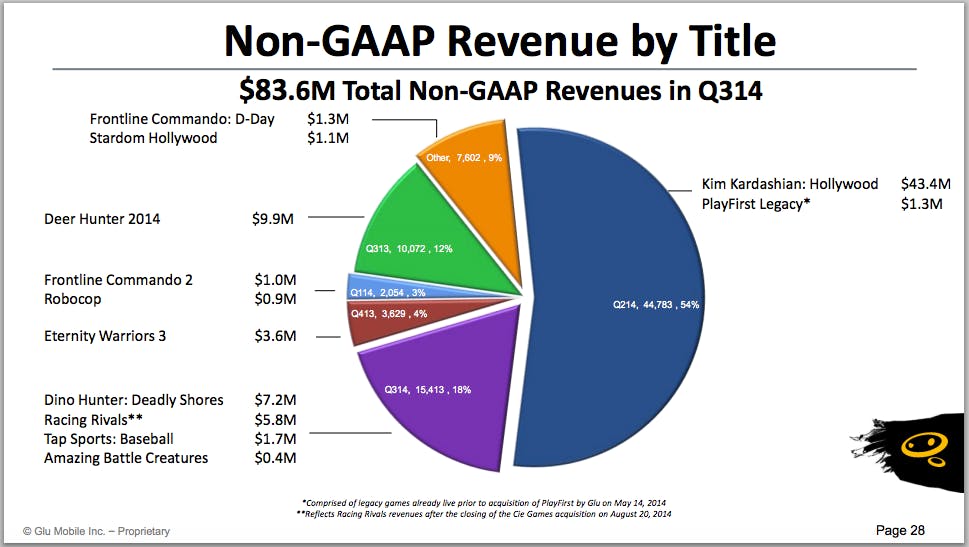 The $43.4 million is far less than the projected $200 million Kardashian’s game was set to make through the end of this year, but it’s is still nothing to complain about.

While Kim Kardashian: Hollywood is free in the App Store, it’s the in-app purchases that’ll get you. Almost six months after it was released, it’s still within the top 40 most downloaded free-to-play games.

The mass obsession may have died somewhat since Kim Kardashian: Hollywood hit the App Store in June, but the report reveals how much time we’ve collectively spent on it. More than 22.8 million of us downloaded the game, and in more than 1.2 billion sessions, we’ve spent more than 5.7 billion minutes playing.

That’s a lot of time spent leveling up. 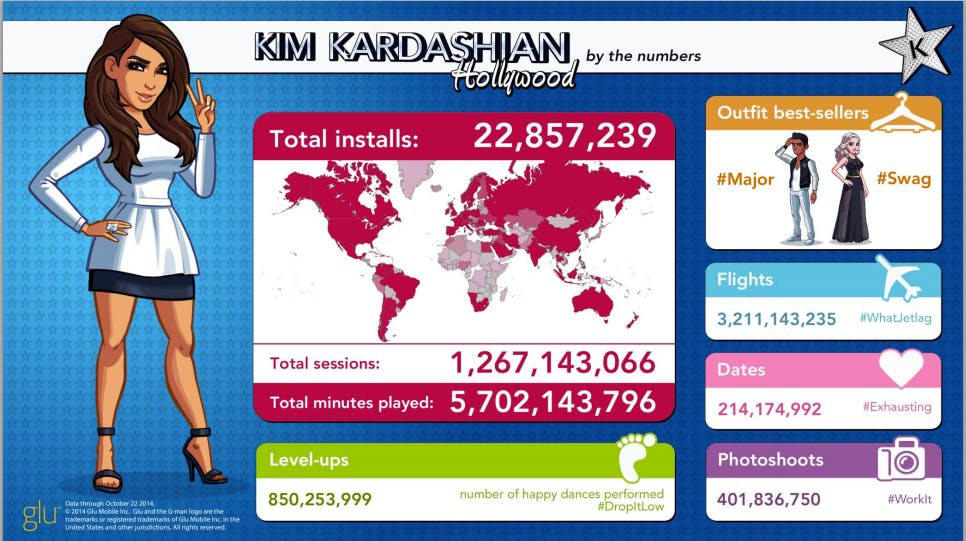 And that doesn’t even get into the number of dates, photoshoots, and trips taken.

With Kardashian planning even more games, she’s only going to see that profit number go up.