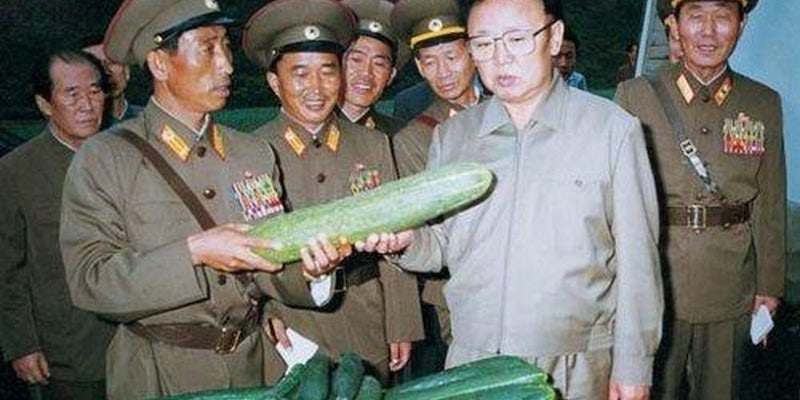 The late North Korean leader has already been replaced—on Tumblr.

Whether you wish newly deceased North Korean dictator Kim Jong Il to rest in peace or writhe in agony for eternity while the late Vaclav Havel performs clog dances on his cranium, you have to admit one thing: Dude made awesome blog fodder.

Kim Jong-Il Looking At Things, a Tumblr devoted to exactly what it says, hit the Internet back in 2010 and was a huge success almost immediately. Within weeks it had garnered over 200,000 readers, thanks to its ironic appreciation of palpably dull things. 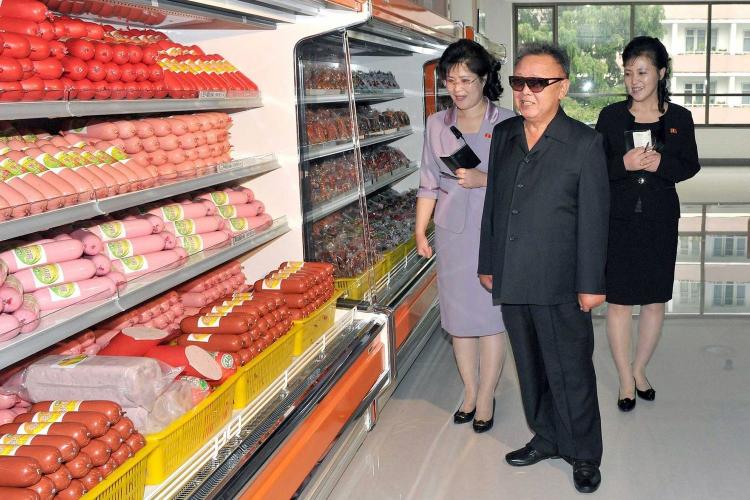 Hits dropped and then steadied out after that as the novelty of looking at a stocky, elderly Asian man in dun-colored clothes staring uncharismatically at uncharismatic objects (a bag of rice, a staggeringly awful painting, etc.) wore off. The Great War on Christmas of earlier this year, in which North Korea threatened South Korea over putting up Christmas lights along the DMZ, brought another spike a few days ago, but things had returned to normality in the blog.

Well, as Heraclitus once said, the only thing that remains the same is change. And today change has come to Tumblr. 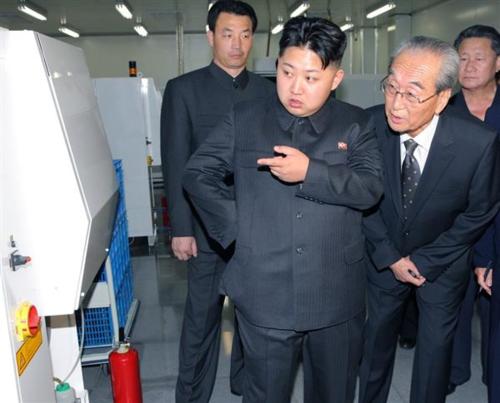 The Tumblr is dead! Long live the Tumblr!