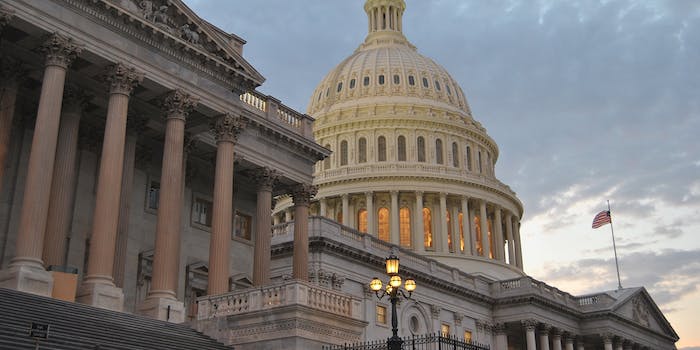 'We all benefit when the information our law enforcement agencies share is accurate.'

Congress took a significant step Thursday toward protecting the privacy of foreigners unfairly targeted by American surveillance and law enforcement activities. In an unopposed voice vote, the House Judiciary Committee advanced the Judicial Redress Act, which allows the citizens of certain close U.S. allies the ability to sue U.S. federal agencies when they mishandle their information.

If passed, the legislation would extend legal rights granted to American citizens under the 1974 Privacy Act to citizens of select foreign nations. Those individuals would be given the ability to seek access to records private entities turn over to U.S. officials as part of criminal investigations. They would be able to correct those records if they contain false information and get redress from the government if those records were turned over illegally.

Americans already enjoy similar rights in the European Union; the Judicial Redress Act would essentially be making that relationship reciprocal. A trans-national data protection deal between the U.S. and the E.U. is contingent on this legislation’s passage. The decision about which countries would be covered under the bill will be made by the attorney general, granted the approval of the departments of State, Treasury, and Homeland Security.

“We all benefit when the information our law enforcement agencies share is accurate.”

The language of the bill contains broad exemptions for classified information, limiting what exactly the government would be required to turn over.

“The Judicial Redress Act is good for national security, good for privacy, good for business, and unquestionably the right thing to do for our nation’s closest allies,” said Congressman John Conyers (D-Mich.), the committee’s ranking Democratic member, in a statement. “We all benefit when the information our law enforcement agencies share is accurate. Our partners in trade and security should have the ability to seek recourse when it is not. I look forward to voting for this important legislation on the House floor and to swift passage in the Senate.”

“Continuing advancements in technology make it critical to increase our security efforts and continue building solid relationships with our allies,” Rep. Jim Sensenbrenner (R-Wis.), who introduced the bill earlier this year, agreed in a statement. “As part of our growing law enforcement strategy, as well as a sign of good faith to our international partners, we must past the Judicial Redress Act of 2015.”

Sensenbrenner also introduced the USA PATRIOT Act, the post-9/11 bill that greatly expended the government’s electronic surveillance capabilities. In the years since, Sensenbrenner has become a vocal advocate for putting curbs on those very same data collection and retention practices.

The Judicial Redress Act has the strong backing of major technology companies like Google, Facebook, Microsoft, and Yahoo. In an open letter addressed to the Judiciary Committee’s ranking members, Chairman Bob Goodlatte (R-Va.) and John Conyers (D-Mich.), a coalition of prominent tech industry groups urged lawmakers to pass the bill as a way to rebuild the trust in the security of U.S.-based tech firms following the revelations of omnipresent government surveillance revealed by the leaks of former NSA contractor Edward Snowden.

“As a result of the U.S. surveillance revelations that began over two years ago, the U.S. government and the U.S. technology industry have experienced a substantial degradation in trust worldwide. That degradation of trust has translated into significant negative commercial consequences for U.S. firms, with global consumers choosing technology solutions from other providers,” the letter reads. “Additionally, the revelations have led a number of foreign governments to consider proposals that would impede the borderless nature of the Internet—the very characteristic that has permitted the internet to thrive.”

Supporters of the legislation have also argued that its passage would, by adding additional transparency to the process, encourage foreign governments to fully cooperate with the U.S. government in international law enforcement operations.

While the bill has broad support, some privacy advocates argue that it doesn’t go far enough.

On Wednesday, the Electronic Privacy Information Center sent a letter to Conyers and Goodlatte arguing that the legislation draws limits on foreigners’ ability to sue federal agencies for mishandling their data to a far grater degrees than the rules in place for U.S. citizens, which the group says significantly undermines the law’s overall effectiveness.

“To the extent that federal agencies maintain personal information on non-U.S. Persons, EPIC recommends that the Judicial Redress Act grant all such persons the same right of judicial redress currently available to U.S. persons,” the group wrote. “The Privacy Act already contains many exceptions that allow an agency to withhold the release of sensitive information as necessary.”