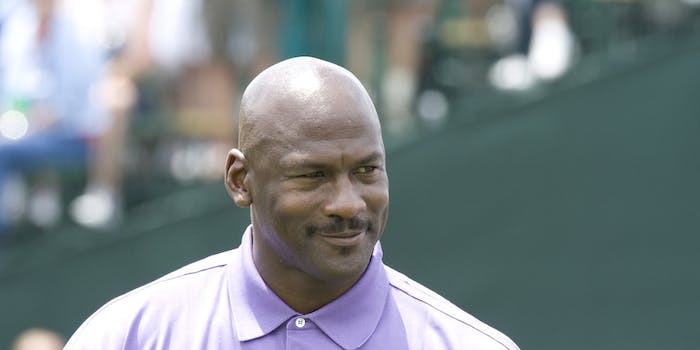 Jordan’s dream golf team does not include President Obama

Barack Obama may have felt his ears burning at the hands of basketball legend, Michael Jordan this week.

Jordan’s latest outbreak of foot-in-mouth disease came during an interview with Ahmad Rashad for the Back 9 Network. Rashad asked MJ who would be in his ultimate foursome for a round of golf. The former Chicago Bull great started with Arnold Palmer and then landed on the president of the United States. After naming Obama, he then recanted, saying: “I never played with Obama, but I would. But nah, I take him out, he’s a hack. It’d be all day playing with him. I never said he wasn’t a great politician, I just said he was a shitty golfer.”

In some countries, dissing the president would be grounds for some sort of corporal punishment. In this case, the comment, made in passing, led to a round of Tweets.

Michael Jordan does *not* want Obama slowing him down on the green https://t.co/yuAexu0tRe

JORDAN SAID HE WOULDNT PLAY AGAINST OBAMA… HE MUST HAVE SAW THIS PIC HE DONT WANT NONE OF OBAMA pic.twitter.com/yHHpNkVhTS

Michael Jordan: “Obama is a horrible golfer. I only owe him $3 million from on-course bets.”

Speaking of on-course bets, there was an exchange in late October on Twitter between Jordan and pro golfer Keegan Bradley over their mano-a-mano battles on the links in which the pro routinely beats the NBA Hall of Famer. It was all part of Jordan’s recent debut on Twitter which was affectionately known as #MJTakeover

.@hornets MJ how does it feel to get beat by me everyday at bears club?! #GoHornets

As one might expect, one of the most competitive athletes of our time scored another victory.

H/T The Big Lead | Photo via simplistic.designs/Flickr (CC BY 2.0)