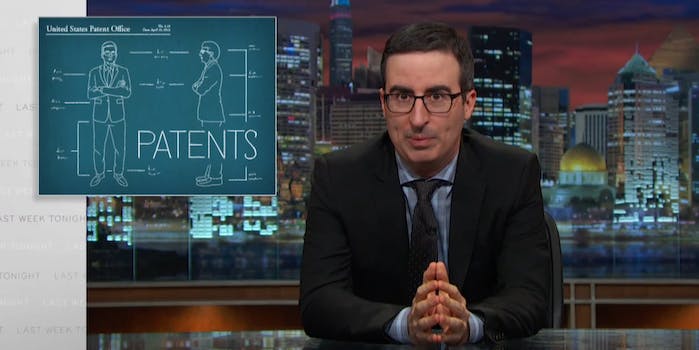 John Oliver explains why our patent laws are totally broken

When an outdoor ice skating rink gets built in Texas, you know something's wrong.

In his latest Last Week Tonight segment, Oliver tackled the problem of patent trolls, or companies whose sole purpose is to profit from patents without actually manufacturing anything. For example, one company patented part of the basic framework required to design an Android app, meaning it could take legal action against a wide range of app designers who had worked on completely original projects.

Patent trolls have become so adept at manipulating frivolous lawsuits that they’ve even identified the best place in the U.S. to file their patent cases: Marshall, Texas. As a result, some businesses are so keen to win over the Marshall jury pool that they resort to what seems dangerously close to outright bribery.

Case in point: A patent lawsuit led to Samsung building an outdoor ice rink in front of a Texas courthouse.