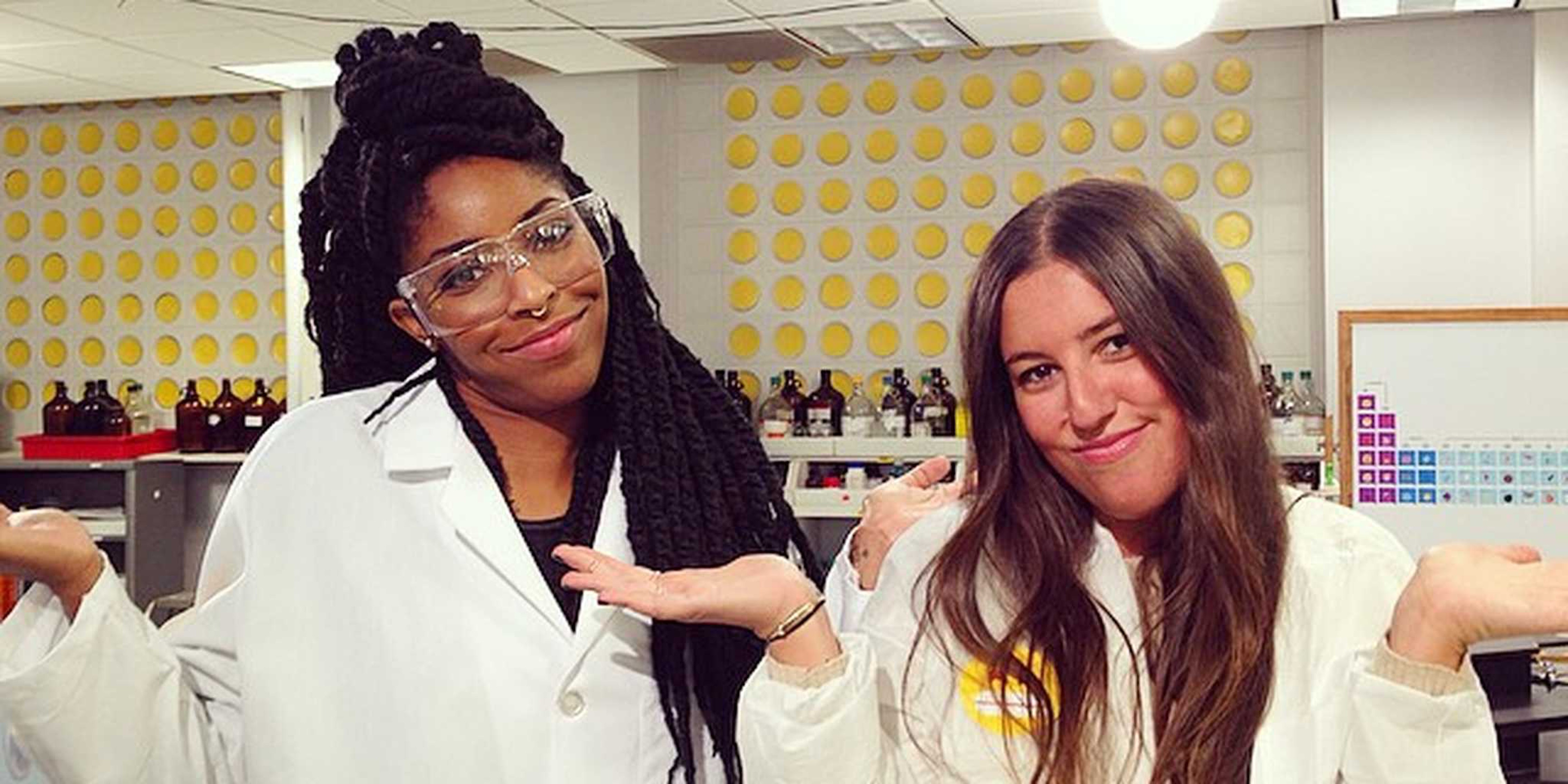 The Daily Show's "senior emoji correspondent" donned a lab coat in the name of Internet science.

As The Daily Show’s youngest correspondent, Jessica Williams is used to experimenting. But last week, she took to the lab to do some actual experimenting with millennial’s favorite communication medium: emoji.

Instead of donning her conceptual comedienne’s hat, she put on an actual lab coat inside New York University’s chemistry department at an “Emoji Science” event put on by GE that brought together science, emoji, and Snapchat.

“Science, I always found very, intimidating. It felt very inaccessible,” Williams, 25, told the Daily Dot. “As soon as it got to numbers and codes I was like ‘Oh, that’s enough for me.’ But what’s fun about today is that emojis are very accessible to me so that’s probably the easiest way for me to break into the science community.”

Snapchat users who added @generalelectric could send over their favorite emoji, and then emoji scientist Jon Hsu, along with Williams, and the previous day, Bill Nye, performed an experiment related to the emoji. The GE account would then post footage from the experiments to their Snapchat story.

Emoji users have long yearned for a taco emoji, and while the coders say it’s in the works, we’ve yet to see it. So a flaming taco had to suffice.

Williams admits to being an avid emoji sender. “[Emojis] have changed the way that I text and communicate with my friends.” She perhaps over-uses the “crying laughing” emoji and describes boss Jon Stewart as the peace sign emoji because he’s “such a chill dude.”

But from her perspective, the wordless communication is imperfect. “I would definitely love some black lady emojis.” Maybe one with big natural hair, she suggests, or sweeping braids, like her own. Emoji have long been criticized for their lack of diversity, and even overt racism. Williams hopes that this won’t be the case forever.

But when it comes to the emoji science experiments, Williams is plenty excited. “I love having my mind blown,” she said. “I like science in the same way that I like magic tricks … I like an oh-em-gee reaction. The cool thing that’s different than an illusionist show is that science is perfectly explainable.”

But once she got up close and personal, the perils of science felt more real.

After experimenting with bubbles, light bulbs, and electrocuting a pickle—all in the name of emoji—Jessica was ready to hang up her lab coat, and go back with to The Daily Show crew with a bit more scientific swag.