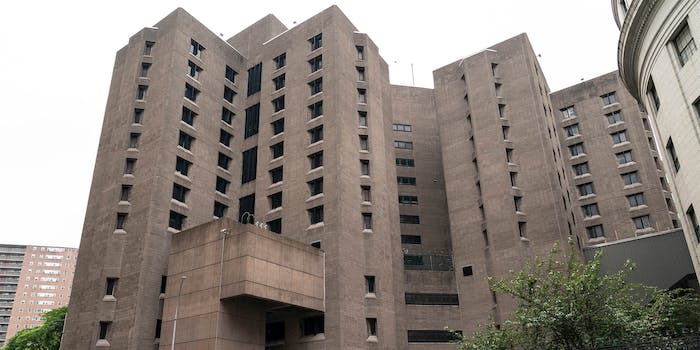 The two are expected to be charged on Tuesday.

Two Bureau of Prisons guards, who were working the night Jeffrey Epstein committed suicide, will be charged for their failure to keep an eye on Epstein, according to the New York Times.

Epstein was being held in the Metropolitan Corrections Center in New York City after being arrested on child sex trafficking charges this summer. After an alleged suicide attempt earlier, Epstein has been placed on suicide watch, and guards working that night were expected to check in on him repeatedly.

Instead, they found Epstein dead on the morning of Aug. 10. According to reports, the guards falsified records that they checked in on Epstein and may have fallen asleep that night.

That the high-profile sex trafficker died by suicide while in custody has sparked numerous conspiracy theories, as long as a persistent meme, that Epstein didn’t kill himself.

The guards, who have not being identified, are likely to be arraigned today.