In the past two days, 6 percent of the NFL's teams have released their own emoji.

The emoji craze has officially invaded the NFL. And if you’re a fan of either the Jacksonville Jaguars or the Baltimore Ravens, you can have your own set of customized digital images with which to play.

On Wednesday, the Jaguars unveiled their designs.

The #Jaguars emoji keyboard is here!

And it features emoji such as these … (In case you’re wondering, No. 10 is kicker Josh Scobee, who apparently likes to eat long sandwiches) Not to be outdone, though, the Ravens on Thursday released their own emoji that are designed to work with any iOS or Android device.

“The Ravens constantly strive to find new ways for fans to engage with our brand,” said Michelle Andres, Ravens senior vice president of digital media and broadcasting. “We are one of the first NFL teams to develop an emoji keyboard because we know it will spur social shares for unprecedented fan engagement.” 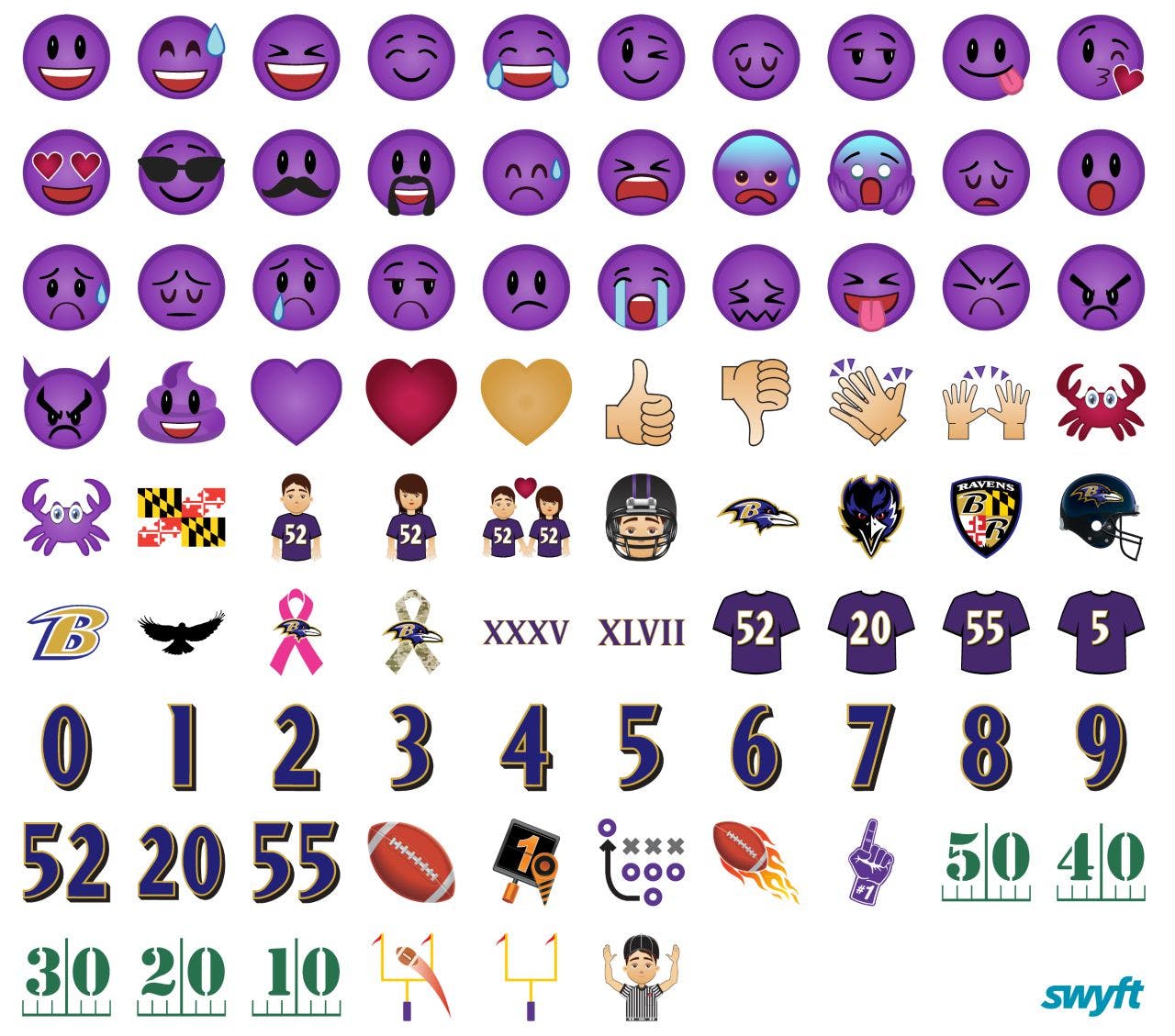 And naturally, the two teams had a Twitter disagreement on who provided the better emoji experience.

Up your mustache game, @Jaguars. pic.twitter.com/I7fTDzeV6K

@Ravens Up your emoji game. pic.twitter.com/4UnG4MC5BI

.@Ravens, we guess this is stepping up your game. pic.twitter.com/HPPdyW8QHC

As the Jaguars statement from president Mark Lamping read, “We will continue our push to be a league leader in innovation. Providing our fans with access to incredible technology to further enhance their overall experience with the Jaguars brand is important to our organization. I’m excited that we’ve found new and unique ways to bring our global fan base together online to share their support for the Jaguars and connect in ways that are contextually relevant to the channel.”

Yep, and having the ability to crap on the Ravens in emoji form on Twitter is pretty great, too.