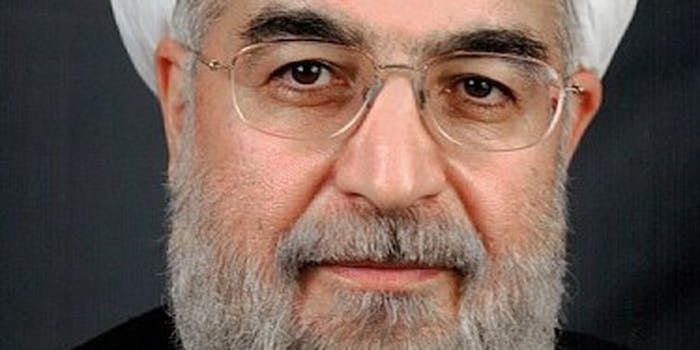 I see you have a lot of work experience, here.

With nothing better to do, evidently, Israel’s U.S. Embassy launched a satiric LinkedIn profile yesterday for Hassan Rouhani, who assumed the presidency of Iran last month.

It’s not clear why he’d need to use the professional networking site, but he sounds pretty well-connected.

The thought experiment—or prank—took Rouhani to task for being an “advocate” of nuclear proliferation and came ahead of his speech today to the U.N. General Assembly. There, Rouhani maintained that Iran’s nuclear research was “exclusively peaceful” and posed no threat, suggesting that he may be open to talks with the U.S. over the program.

The Israeli Embassy, of course, was unconvinced:

That response was in keeping with the criticisms woven through the phony LinkedIn profile, where Rouhani is described as a slick PR mouthpiece out to rebrand a “human-rights-suppressing, Ayatollah-led regime” while ensuring that his government remains “the leading sponsor of worldwide terror activities.” He’s also called a “master salesman who can make almost anything believable.”

The résumé section of the page is given over to a greatest-hits montage of Rouhani’s involvement in Iranian politics over the past 20 years, specifically his time as National Security Advisor and lead negotiator on Iran’s nuclear program. His skills, meanwhile, include “Illusion,” “Persuasion,” and “Weapons of Mass Destruction.” 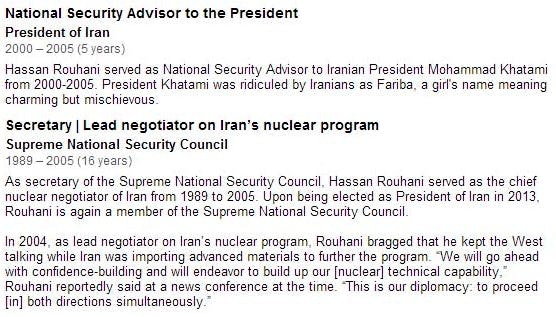 No official response to the backlash over this has emerged so far—many on Twitter and around the blogosphere considered it an ugly example of shooting oneself in the foot—but currently, while the original tweet has not been deleted, it doesn’t seem possible to bring up the Hassan Rouhani profile up on LinkedIn proper. Instead you get a few other Iranians with the same name. Too bad, really; I was going to endorse him for “Deceptive Trade Practices.”