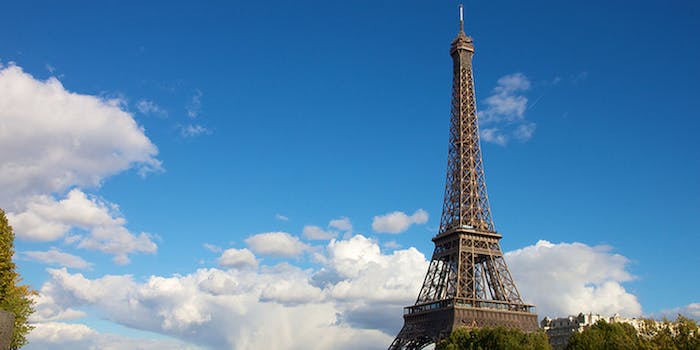 A communique says the attacks were the 'first of the storm.'

Early reports are claiming that ISIS has taken responsibility for the terrorist attacks that rocked Paris on Friday evening, leaving at least 128 people dead.

A report on reputable jihadist propaganda tracking site SITE Intelligence Group shared a communique published in Arabic and French. ISIS later provided a full translation in English, titled “Statement about the Blessed Paris Invasion on the French Crusaders.” It invokes Allah, the word for God in Islam, 15 times throughout the 500-word statement, and frames Paris as “the capital of prostitution and obscenity, the carrier of the banner of the Cross in Europe.”

The statement also addressed the suicide bombers, seven of whom (according to French police) caused death and destruction throughout the seven coordinated attacks. “Allah had granted our brothers their wish and gave them what they loved, for they detonated their belts in the gatherings of the disbelievers after running out of ammunition, we ask Allah to accept them among the martyrs and make us follow them,” it reads.

It also addresses the targeting of the Bataclan, a concert venue where dozens were executed in the midst of a show from American rock band Eagles of Death Metal. They praise the targeting of the venue “where hundreds of apostates had gathered in a profligate prostitution party.”

In a speech Saturday morning, French President Francois Hollande confirmed that the government believed ISIS was responsible and called it “an act of war.”

“And when faced with war, the country must take appropriate decisions,” Hollande said. “An act committed by a terrorist army, DAESH [ISIS], against what we are, a free country that speaks together with the planet.”