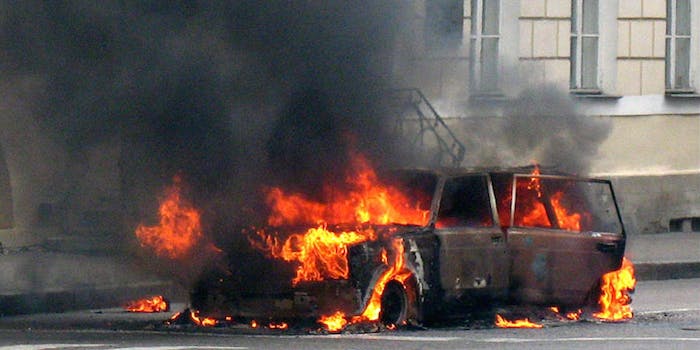 This is a wild video.

It’s like something out of a Wile E. Coyote cartoon.

As reported by the International Business Times, Peshmerga, Iraqi Kurdistan’s army, identified the car as an IED and sent the bomber’s vehicle skyward before he was able to inflict any damage. While sailing through the air, the car explodes a second time, possibly from his own explosives going off, hurting no one but himself.

The video, which is equal parts almost comedic, shocking, and possibly disturbing, is below: