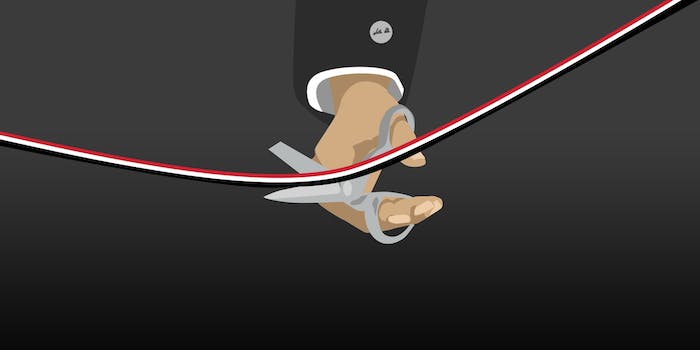 Iraq’s plan to cut off Internet access foiled by Kurdistan

Media reports and expert analysis indicate that Iraq tried to cut the country off from the global Internet Tuesday.

It’s an established tactic of autocratic regimes to suddenly cut their citizenry’s Internet access to keep them from sharing information. Egypt did it in 2011 to upset citizen protests. More recently, Syria has suffered extremely conspicuous Internet “outages” since it began fighting organized rebels.

But Iraq’s strike wasn’t an attempt to suppress some sort of political uprising, according to Iraq’s Ministry of Communications. Instead, it was the MoC’s effort to assert its authority over the country’s Internet service providers, and force them to lower prices.

Its tactic was to shut down access at two points, near the city of Basra and along the country’s border with Jordan. However, as observed by Internet monitoring firm Renesys, the outage didn’t last long: ISPs were able to route traffic through politically Iraqi Kurdistan.

The head of Kurdistan’s own government communications agency, Karwan Sheikh Raza, was defiant. The Kurdish news agency Rudaw quoted him as saying “Kurdistan’s own ministry of communication is responsible for dealing with foreign companies and we have nothing to do with Baghdad.”

In other words, the Iraqi government’s attempt to come across as menacingly powerful has left it looking toothless.

“At this point, one can argue that the Iraqi Internet is demonstrating more resilience than the Iraqi government,” Renesys blogger Jim Cowie wrote.