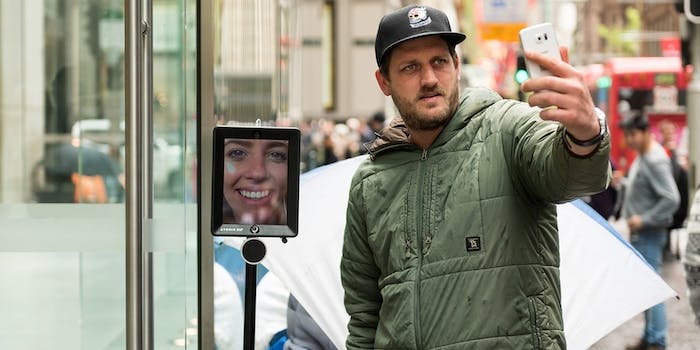 Not the kind of person you expect to see at the front of the line.

If you’ve ever attended an Apple launch event, you know the kind of people you’ll see. They’re usually tired, with coffee cups in hand, looking like they just want to grab their phone, smile from ear to ear, and then leave. You definitely wouldn’t expect to see a robot, but in Sydney, Australia that’s exactly what you’d find. 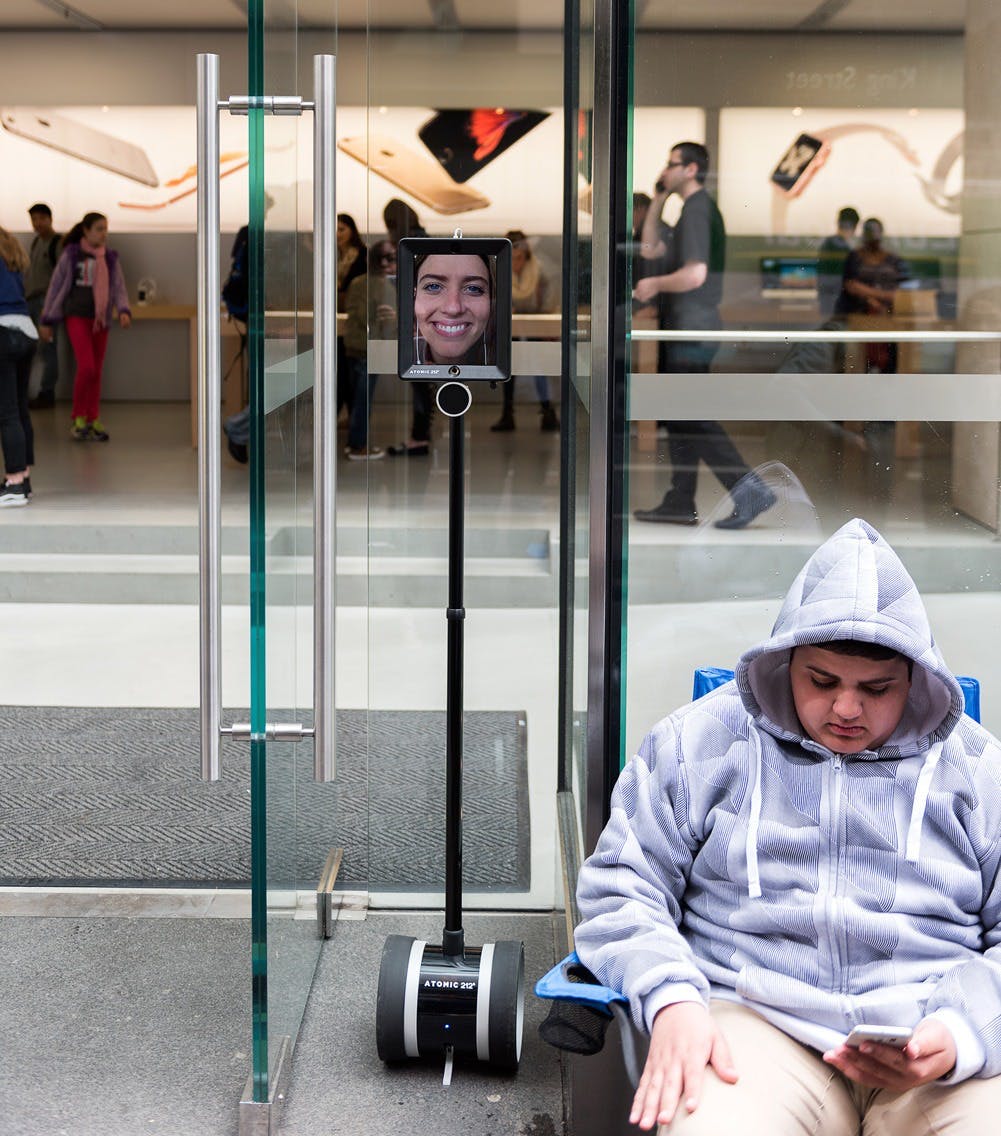 Lucy Kelly has sent her robot, which also happens to be named Lucy, to do the dirty work of standing in the iPhone 6s launch line. The bot is little more than an iPad, camera, and speaker system remotely controlled by a two-wheel drive system, but it gets the job done. In fact, these types of bots are being used with some frequency in remote work places. Emily Dreyfuss colorfully detailed her experience using a telepresence robot for four months recently in Wired (with varying degrees of success).

While Kelly does her daily grind in the office of a local media agency, her robot dutifully keeps her place at the front of the line, enduring the elements and remaining entirely immune to boredom. 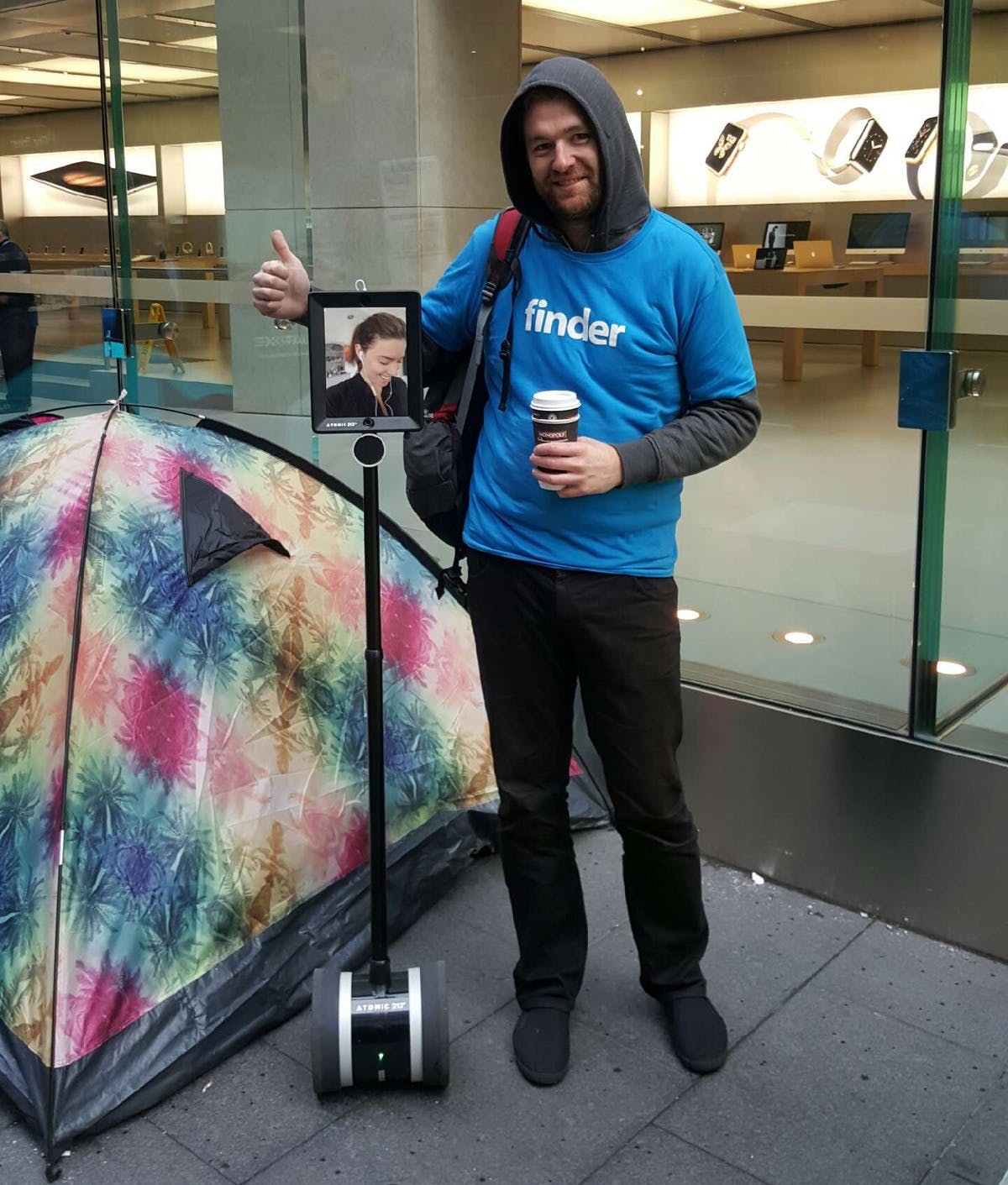 Unsurprisingly, Lucy—the robot, this time—has become a big star, attracting the attention of everyone who jaunts past the front door of the Sydney Apple Store. Behind the screen, the real Lucy carries on conversations with those who stop to chat, answering questions and even posing for a few selfies.

Speaking with Mashable, Kelly explained that her company uses the robots all the time, and the idea to use it to save her place in line seemed like a natural fit. Kelly plans on purchasing the phone directly through the robot, which will then bring it safely back to her.