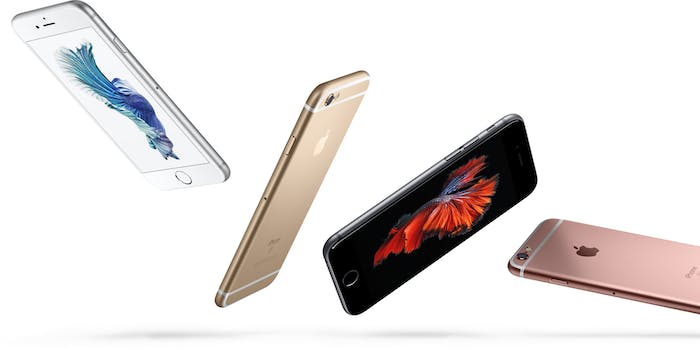 Once again, Apple breaks its own record

Despite being aesthetically identical to its predecessor, the iPhone 6s managed to catch a lot of eyes this past weekend. Apple revealed that its launch weekend was a record breaker, with over 13 million new iPhones being sold during its first weekend on shelves.

The iPhone 6s and 6s Plus took 72 hours to reach that lofty number, which breaks down to over 50 iPhones being sold every single second of the past three days. That’s a whole lot of smartphones and, like last year’s iPhone 6 launch, which moved nine million phones over its first weekend, this year’s device sets a new high-water mark for a brand that has never stopped growing.

Along with announcing the new iPhone’s sales figures, Apple announced an additional 40 countries that will be getting the 6s and 6s Plus on Friday. Those countries include Spain, Mexico, Russia and Greece. The company expects to have the phone available in over 130 countries by the end of the year.

This year also marks the first time Apple has offered a yearly upgrade plan for the iPhone, allowing dedicated fans the chance to have a new iPhone every year for a flat monthly fee and no upfront cost. Apple hasn’t revealed exactly how many people took advantage of that program, but we might hear more about those numbers during Apple’s quarterly earnings report.