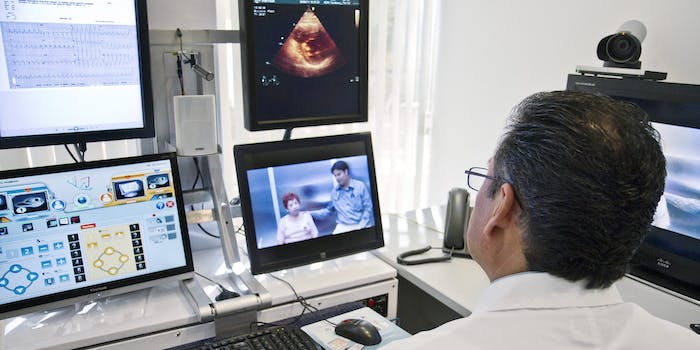 The Iowa Supreme Court on Friday unanimously struck down the state Board of Medicine’s ban on telemedicine abortions.

The ruling said that the ban “places an undue burden on a woman’s right to terminate her pregnancy as defined by the United States Supreme Court in its federal constitutional precedents.”

The case, Planned Parenthood v. Iowa Board of Medicine, followed a 2013 ruling decision by the Board of Medicine to require that a doctor be present during medical abortions. This effectively outlawed telemedicine abortions, in which doctors use webcams or teleconference technology to provide clinical health care—including, in some cases, administering abortion-inducing pharmaceuticals—to patients in remote locations.

“While undoubtedly at an abstract level everyone would prefer to see a doctor in person every time they have a medical issue, the reality of modern medicine is otherwise,” the court said in its ruling. “The record indicates that the telemedicine rule would make it more challenging for many women who wish to exercise their constitutional right to terminate a pregnancy in Iowa to do so.”

The state supreme court heard oral arguments in March from a lawyer for Planned Parenthood and the Iowa Solicitor General, who represented the Board of Medicine.

“Whenever telemedicine occurs, the physician at the remote location does not perform a physical examination of the patient,” the ruling noted. “It is difficult to avoid the conclusion that the Board’s medical concerns about telemedicine are selectively limited to abortion.”