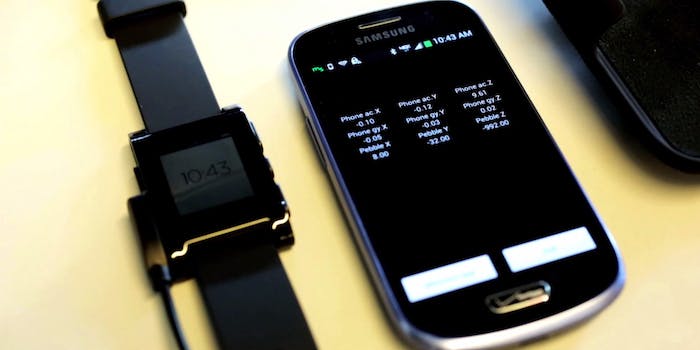 Intel to use wearables to track patients with Parkinson’s

This is the best thing wearables have been used for yet.

As part of a partnership with the Michael J. Fox Foundation to improve research and treatment of Parkinson’s disease, Intel is planning to use wearables to monitor patients and collect data.

Wearables will play a big part in collecting the data, as patients can be tracked around the clock, giving researchers better insights into the disease and its effects. Wearables will also lessen the burden on those with Parkinson’s, who are usually tasked with tracking their disease, per doctor’s orders.

Intel and the Michael J. Fox Foundation believe introducing wearables into the equation will improve research for Parkinson’s, and conducted a study to prove it. They asked 25 participants to wear devices for four days straight.

“I know that many doctors tell their patients to keep a log to track their Parkinson’s,” said Ben Parker, a 46-year-old man who suffers from Parkinson’s, and participated in the study. “I am not a compliant patient on that front. I pay attention to my Parkinson’s, but it’s not everything I am all the time. The wearables did that monitoring for me in a way I didn’t even notice, and the study allowed me to take an active role in the process for developing a cure.”

“Emerging technologies can not only create a new paradigm for measurement of Parkinson’s, but as more data is made available to the medical community, it may also point to currently unidentified features of the disease that could lead to new areas of research,” said Bryant.

With the rapid advancement of technology for consumer use and in medical treatment, it was only a matter of time before it made its way down to medical research. Todd Sherer, CEO of The Michael J. Fox Foundation, believes using new technologies in medical research and studies is long overdue.

“Data science and wearable computing hold the potential to transform our ability to capture and objectively measure patients’ actual experience of disease, with unprecedented implications for Parkinson’s drug development, diagnosis and treatment.”