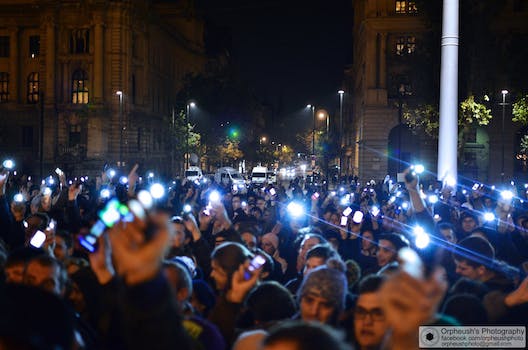 After huge protests, Hungary puts its ‘Internet tax’ on hold

But it's not over yet.

Hungary has decided to put on hold a highly controversial “Internet tax,” after more than a hundred thousand Hungarian citizens took to the streets in opposition.

The proposed measure would have placed a 150 Florints ($0.60) charge on every gigabyte of data used by Hungarians, and a conciliatory proposal to cap the charges at 700 Florints ($2.87) failed to abate the public outcry.

The largest protests saw more than 100,000 Hungarians marching in opposition to the proposals, tapping into a deeper groundswell of unrest with Prime Minister Viktor Orbán following deteriorating relationships with the U.S. and Europe. Protesters chanted “Viktor, get lost!” and “Free Internet, free democracy!”, and the demonstrations turned occasionally violent—notably when protestors attacked the ruling party’s headquarters in Budapest with old computer parts.

Protest organizers alleged that the tax, that would have been the first of its kind in the world, was part of the government’s “increasingly repressive efforts to control and punish independent media and civil society watchdog groups through legal and economic means.”

Like the recent pro-democracy protests in Hong Kong known as #OccupyCentral, the Hungarian protests became defined by the imagery of glowing cellphones held aloft—and were also organized predominantly online, via Facebook groups with hundreds of thousands of members. 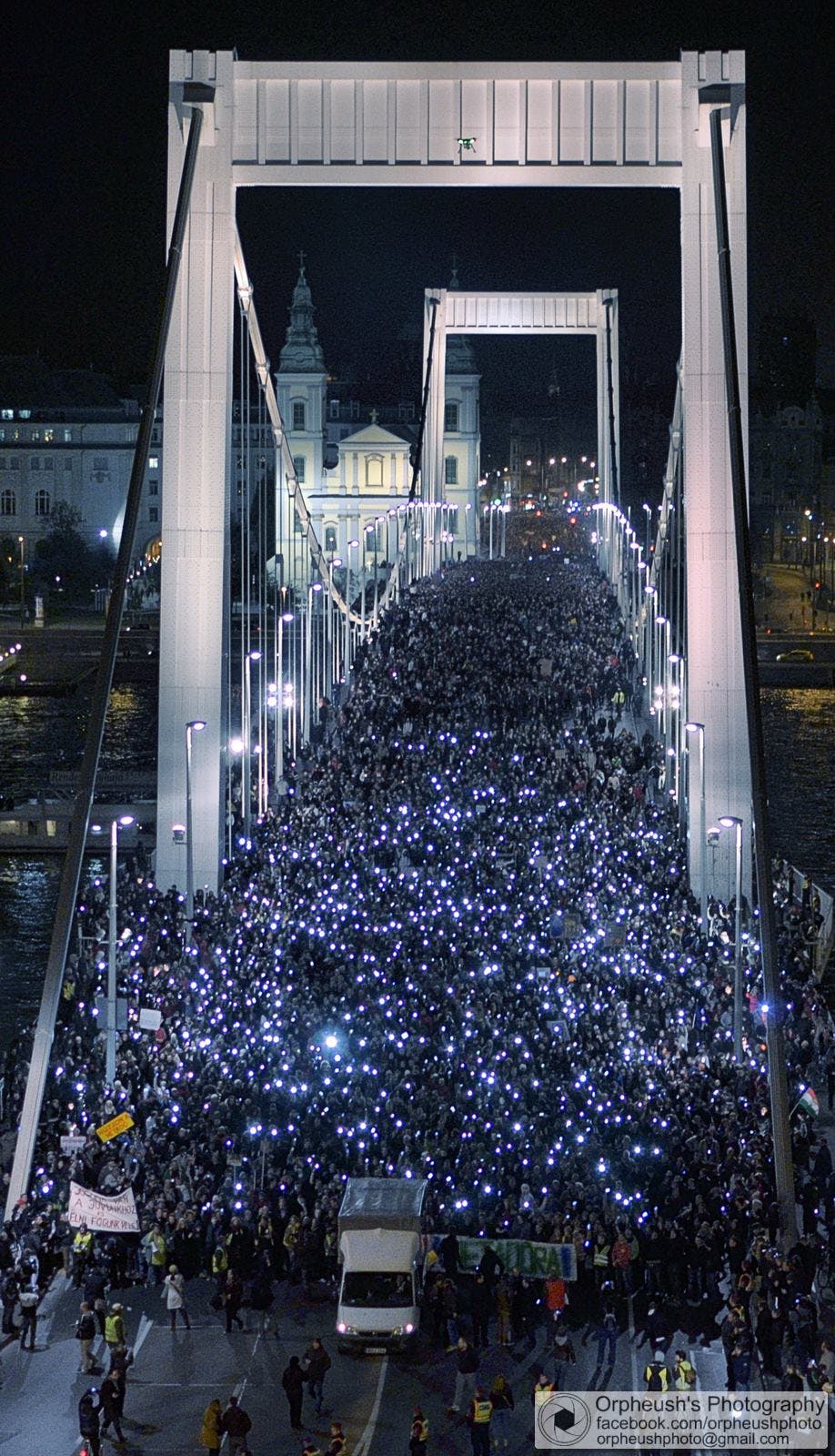 On Friday, Oct. 31, Orbán finally admitted the idea was dead in the water, saying that “this tax in its current form cannot be introduced.”

“if the people not only dislike something but also consider it unreasonable then it should not be done,” the Prime Minster said on public radio, arguing that it had been intended as a solution to a technical issue but had become a “fear-inducing vision.”

The tax has not been scrapped altogether, however: The Hungarian government intends to revisit the issue in the new year, and will hold a public consultation on the matter in January.

The Guardian reports that there are “celebratory” demonstrations planned for Friday evening.